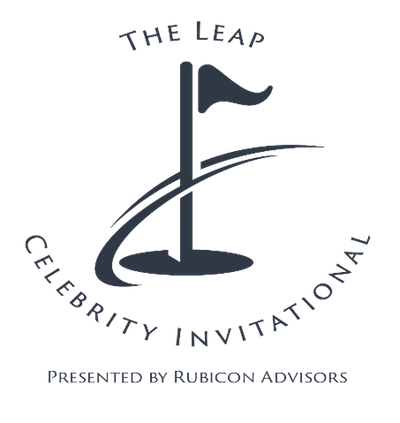 Also announced today, Rubicon Advisors, a wealth management and financial services firm based in Roseville and Redding, Calif., has signed a multi-year partnership to become presenting sponsor of The Leap Celebrity Golf Invitational.

O’Hurley, best known for his role as J. Peterman on the sit-com Seinfeld, has been an advocate for Epilepsy awareness for more than 25 years. His older sister, Carol, was diagnosed with Epilepsy as a teenager and tragically passed away at 17 years-of-age in 1970 due to SUDEP (sudden, unexpected death in epilepsy) after a nighttime seizure.

“My sister and I were extremely close,” said O’Hurley, who was 16 years-old when his sister passed away. “Her death took an enormous toll on myself and my family. That pain always has stayed with me. As I have grown in my entertainment career, I felt that if I could lend a voice and a helping hand to educating others about Epilepsy, I would.

“Partnering up with my good friend Josh Beckett to host The Leap Celebrity Golf Invitational is rewarding and therapeutic for both of us,” continued O’Hurley. “Through personal experiences with Epilepsy in our families, being able to share our stories and raise funds for the Epilepsy Foundation via The Leap is one small way to help honor my sister’s legacy.”

Beckett, a two-time World Series championship and three-time MLB All-Star who played for the Florida Marlins, Boston Red Sox and the Los Angeles Dodgers, first spoke with O’Hurley about their shared experiences during The Leap’s inaugural year, when he was a celebrity participant. Beckett’s oldest daughter was diagnosed with Epilepsy three years ago.

“As a parent of a child with Epilepsy, it is extremely important that we have more education, awareness and medicine in treating this disorder,” said Beckett. “Talking to John about our stories and experiences and working with the Epilepsy Foundation done wonders for my daughter and our family. Co-hosting The Leap is the perfect opportunity to help educating others on Epilepsy and raising money for the foundation. This is an event that is near-and-dear to my entire family.”

“Having John and Josh co-host The Leap Celebrity Golf Invitational and using their respective platforms to help drive awareness on Epilepsy and raise funds for the Epilepsy Foundation is the perfect combination,” said Steve Sellery, executive director of The Leap Celebrity Golf Invitational. “John, Josh and I are longtime friends, and I’m honored to be teaming up with them once again to elevate this great tournament and continuing the mission to find a cure for Epilepsy.”

The 2021 Leap Celebrity Golf Invitational presented by Rubicon Advisors will be a team match format with O’Hurley and Beckett serving as captains. The field will include a total of 20 groups playing in the tournament, each comprised of five players – four amateurs and one celebrity. O’Hurley and Beckett will each draw the 10 groups that will make up their teams during the pairings party on Oct. 24, with the tournament taking place on Oct. 25. The tournament will follow a Captain’s Choice format, with the group selecting the best drive on each hole and playing their own ball until holed.

For more information on The Leap Celebrity Golf Invitational presented by Rubicon Advisors, including information on registering to compete in the tournament, visit www.leapcelebrityinvitational.com.

Iconic Sports & Entertainment creates and produces branded entertainment platforms – driven by iconic people, brands and destinations – brought to life on television, digitally and for live audiences around the world. From sporting events to interactive game shows, we lead audiences to think, feel, and act. In addition to managing a portfolio of live events, Iconic provides advisory services to a select family of clients in the sports, entertainment and hospitality industries. Founded in 2009 by Steve Sellery, the company is based in Greenville, S.C. For more information about Iconic Sports & Entertainment, visit www.iconicse.com

An investment financial company based in Roseville and Redding, Calif., Rubicon Advisors’ founders Andrew Tenaglia, Brian Russell and Steve Boero brings over 75 years of combined experience to fully meet their client’s needs. Since 2012, the firm has been dedicated to helping clients find clarity in their financial lives. As a team Andrew, Brian and Steve have developed lasting strategies that liberate their clients from the stress of doing it on their own. For more information, visit www.rubiconadvisors.com.