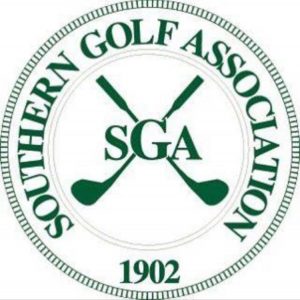 Maxwell Moldovan of Uniontown, OH claims the 115th title at the Southern Amateur Championship, firing four-under-par 67 for the final round. A rising sophomore at Ohio State University, Moldovan went 20-under 264 for the tournament after leading wire-to-wire.

“I haven’t won a major golf tournament in just over two years now,” Moldovan said. “To put myself in a position to do that this week and to play the way I played yesterday and today, it feels incredible.”

After a tight race from start to finish, Bryce Lewis of Hendersonville, TN secured second place. He carded five-under 66 for the final round. Overall, he went 15-under-par 269 for the tournament.

“I fought through the whole day and tried to move up the leaderboard to get as close to first as possible,” Barber said. “I played the course really well all week, and second place feels great.”

Garrett Barber of Stuart, FL finished third after winning a scorecard playoff, posting two-under 69 for the day and 14-under-par 270 for the tournament.

“I knew I needed a good round today,” Barber said. “I played pretty solid to start the day and birdied three in a row on the back nine, and it was nice to end up third.”

This Championship is conducted by the Southern Golf Association.

Eligibility
Entries are open to any male amateur golfer who has a current USGA Handicap Index® not exceeding 3.4 under the World Handicap System as of the close of entries.

For more information about the Southern Amateur Championship, including hole-by-hole scoring, please visit the Championship website.

About the Southern Golf Association (SGA)

The Southern Golf Association, founded in 1902, is one of the oldest golf organizations and serves member clubs over a 15-state area. Recognized by the United States Golf Association (USGA) and Regional Golf Associations as one of the leaders in the promotion of Amateur Golf, SGA championships are selected for inclusion as criteria for selecting players for USGA and State team competitions. Through the years, SGA Champions have been chosen to represent various state golf associations in selected team competitions, including the Walker Cup and World Amateur. The SGA is host to the Southern Junior Championship as well as the Southern Amateur Championship and hosts the international award, the “Amateur of the Month,” to a deserving amateur golfer on a monthly basis.

For more information about the Southern Golf Association, visit www.southerngolf.org