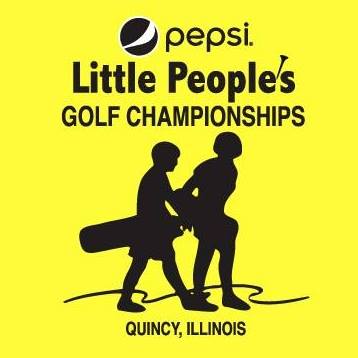 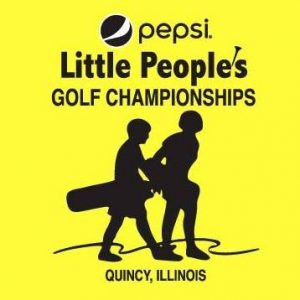 Players and parents in the 2019 Pepsi Little People’s will be able to enjoy a Parent-Child event prior to the tournament, thanks to Applebee’s.

For the fourth consecutive year, Applebee’s will sponsor the ever-popular event that pairs one parent, relative or friend, with a Little People’s player, on Sunday, Father’s Day, June 16, 2019.

The optional 9-hole Applebee’s Parent-Child will be played on holes 19-27 at Westview Golf Course, Quincy, IL.  The alternate shot event is the kick-off to the 46th annual Pepsi Little People’s Golf Championships, which will be played June 17-19 in Quincy.  The Applebee’s Parent-Child annually draws 60+ teams made up of one current Little People’s player and a parent, relative or friend.

Applebee’s will also sponsor the Putting, Driving and Best Dressed Team contests, held in conjunction with the Parent-Child event.

In addition, on Monday, June 17, practice round day, Applebee’s will hold a Closest to the Pin contest on the 9th hole at Westview, with a $75 Gift Certificate from the Westview Pro Shop going to the winner.

An Applebee’s representative will be on hand at the Family Celebration Picnic on Monday night to present trophies and medals to the winners in all Applebee’s events.

“We are extremely delighted to have formed this partnership with Applebee’s,” stated Nan Ryan, Little People’s Executive Director.  “Applebee’s has long been a strong supporter of the tournament with its Closest to the Pin contest, and sponsoring the Parent-Child and associated events solidifies their belief in junior golf and Little People’s.”

“We are happy to continue our sponsorship of the Closest to the Pin Contest and the Parent-Child event,” said Kevin Allardice, Managing Partner of The Bloomin’ Apple, LLC, franchisee of Applebee’s.  “As a golfer myself, I am extremely happy to help up-and-coming young golfers in the hopes that we may see them in the pros in the future.”

The Pepsi Little People’s Golf Championships is an international junior golf competition for boys and girls aged 3 through 18.  The 46th annual tournament will be held June 17-19 at two golf courses in Quincy, Illinois USA.  Competition is held in seven age divisions for boys and seven age divisions for girls.  More information and entry forms are available at www.littlepeoplesgolf.com, or by contacting Nan Ryan, Tournament Director, at jrgolfer@littlepeoplesgolf.com, or 217-257-5718.

Applebee’s is the world’s largest casual dining chain, with approximately 2000 locations in 49 states, 16 countries and one US territory.  Based in Glendale, California, Applebee’s takes pride in providing a welcoming, neighborhood environment where everyone can enjoy the dining experience.  All Applebee’s Neighborhood Grill & Bar restaurants are franchised.

The Bloomin’ Apple, LLC is a franchisee of Applebee’s, based in Mt. Pleasant South Carolina, and operates 19 restaurants throughout the states of Illinois, Iowa, and Wisconsin, including the restaurant in Quincy, Illinois.