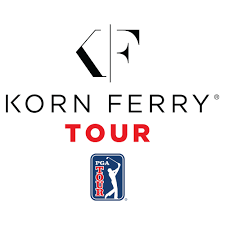 PONTE VEDRA BEACH, Florida – The PGA TOUR announced today the 2020 Korn Ferry Tour schedule, which features 28 tournaments played in 20 states and four countries outside the United States, with the season culminating with the Korn Ferry Tour Finals in August.

The 28 total events are the most since 2010 and will include $18,850,000 in official prize money, the largest figure on the Korn Ferry Tour in over a decade.

The Royal Blue Golf Club at Baha Mar is a 2017 Jack Nicklaus Signature design, his first layout in The Bahamas. The Baha Mar resort is a 1,000-acre resort complex on the island of New Providence, northwest of The Bahamas’ capital, Nassau.

The Korn Ferry Tour will welcome four new events to the 2020 calendar.

“The Korn Ferry Tour has a track record, second-to-none, in developing the next wave of stars, and we’re excited to see that momentum continue with the unveiling of the 2020 schedule,” said PGA TOUR Commissioner Jay Monahan. “With an increased focus on growing our tournaments and purses, we remain confident in the Korn Ferry Tour’s ability to attract the game’s best young players.”

Other 2020 season highlights include the return of the El Bosque Mexico Championship by INNOVA to the schedule in March and a new venue at the Visit Knoxville Open. The Visit Knoxville Open, one of the original four tournaments from the Korn Ferry Tour’s inaugural 1990 season, will move to Donald Ross-designed Holston Hills Country Club for the first time.

“We are excited to launch our first full season with Korn Ferry as our umbrella partner,” said Korn Ferry Tour President Alex Baldwin. “Their dedication and investment in our players mirrors our efforts to continue growing the Korn Ferry Tour by offering a world-class tournament experience for our membership, partners and fans.”

ABOUT THE KORN FERRY TOUR

Korn Ferry is a global organizational consulting firm. We work with clients to design their organizational structures, roles and responsibilities. We help them hire the right people and advise them on how to reward, develop and motivate their workforce. And, we help professionals navigate and advance their careers.