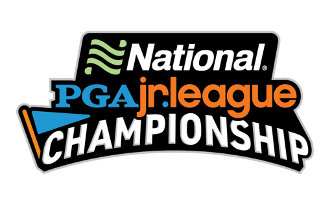 As of Sunday (Sept. 18), the Championship field is set. The 13u Regional Champions representing their states include:

National Car Rental was named the inaugural title partner of the Championship Season last year. PGA Jr. League’s biggest corporate partner since 2018, as well as an Official Partner and the Official Rental Car of the PGA of America since 2012, National’s title partnership aims to continue fueling meaningful growth of PGA Jr. League and supporting the program’s endeavors to welcome more kids to the game.

About PGA of America

The PGA of America is one of the world’s largest sports organizations, composed of nearly 28,000 PGA Professionals who work daily to grow interest and inclusion in the game of golf. For more information about the PGA of America, visit PGA.com and follow us on Twitter,Instagram and Facebook.

National Car Rental is a premium, internationally recognized brand serving the daily rental needs of the frequent airport traveler throughout the world. With National, time-sensitive customers in the United States are able to quickly choose their own vehicles, based upon their advance reservation and requested car class, and then simply drive away from the airport. National – which launched the car rental industry’s first comprehensive frequent-renter program – further expedites the rental process for Emerald Club members by offering counter bypass as well as access to National’s “Emerald Aisle,” an exclusive section of the lot where members can select any vehicle as long as they reserve a midsize car. St. Louis-based Enterprise Holdings, through its regional subsidiaries, operates the National Car Rental, Enterprise Rent-A-Car and Alamo Rent A Car brands. For more information about National, visit www.nationalcar.com orwww.facebook.com/NationalCarRental and follow @NationalCarRental on Instagram and @NationalPro on Twitter.