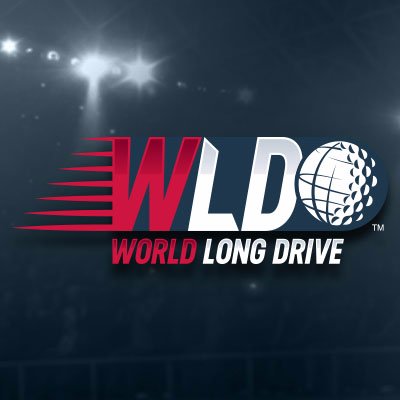 ORLANDO, Fla. (Aug. 30, 2018) – World Long Drive Association competitors are set to convene on the Texas / Oklahoma border this weekend for the 43rd edition of the Volvik World Long Drive Championship, which will culminate live in primetime on Golf Channel, Tuesday-Wednesday, Sept. 4-5 at 9 p.m. ET. Originating in 1976, the 2018 Volvik World Long Drive Championshipmarks the fifth televised WLDA event of the year, and will be contested at WinStar World Casino and Resort, which hosts the event for the fourth consecutive year.

“This is what these men and women have been working the whole year for,” said Jonathan Coachman, play-by-play host for World Long Drive Association events on Golf Channel. “The pressure is on under the lights. It’s also not a sprint, but instead a marathon. I am anxious to see who has what it takes to block it all out and perform. Those that can adapt the best will go the farthest.”

FIELD VYING FOR COVETED WORLD CHAMPIONSHIP BELT: The event will showcase three respective divisions (Open – Men’s, Women’s, Masters – Age 45+) with competitors comprising 14 countries around the globe. Those in the field will be hoping to add their name to the select club of world champions alongside icons of the sport like Sean Fister, Stacey Shinnick, Evan Williams and Jason Zuback. The Open Division will include a 96-man field featuring six past world champions, led by current No. 1 in the World Long Drive rankings and defending world champ Justin James (Jacksonville, Fla.), two-time world champion Tim Burke (Orlando, Fla.) and three-time winner in 2018, Will Hogue (Memphis, Tenn.). Five-time (and defending) world champion Sandra Carlborg (Alingsas, Sweden) and two-time champion Phillis Meti (Auckland, New Zealand) lead the Women’s Division field of 18 competitors, while the Masters Division will be made up of 36 competitors. The competition format for each of the three divisions can be found here.

WRAPAROUND NEWS AND LIVE COVERAGE: Golf Central will preview the Championship on Tuesday and Wednesday night at 8:30 p.m. ET, prior to the live competition getting underway at 9 p.m. ET. Morning Drive also will feature interviews and dedicated segments showcasing competitors on-site in the days leading up to live coverage of the competition.

TECHNOLOGY-ENHANCED PRODUCTION: The production centering around live coverage of the Volvik World Long Drive Championshipwill utilize 13 dedicated cameras, capturing all angles from the hitting platform and the landing grid, including two SuperMo cameras as well as two craned-positioned cameras that will track the ball in flight once it leaves the competitor’s clubface. An overlaid graphic line on the grid, the “DXL Big Drive to Beat,” (similar to the “1st & 10 line” made popular in football) will display the longest drive during a given match to signify the driving distance an opposing competitor will need to surpass to take the lead. The telecast also will feature a custom graphics package suited to the anomalous swing data typically generated by World Long Drive competitors, tracking club speed, ball speed and apex in real-time via Trackman. Trackman technology also will provide viewers with a sense of ball flight, tracing the arc of each drive from the moment of impact.

BROADCAST TEAM:Veteran sports broadcaster Jonathan Coachman will conduct play-by-play alongside Art Sellinger, World Long Drive pioneer and two-time world champion (1986, ’91). Golf Channel’s Jerry Foltz will offer reports from the teeing platform and conduct interviews with competitors in the field during live coverage of the competition, while George Savaricas will report from on-site for Golf Central.

DIGITAL & SOCIAL MEDIA COVERAGE:Fans can stay up-to-date on all of the action surrounding the Volvik World Long Drive Championshipby following @GolfChannel and @WorldLongDrive on social media. Golf Channel social media host Alexandra O’Laughlin will be on-site contributing to the social conversation as the World Championship unfolds, and, the telecast will integrate social media-generated content during live coverage on Tuesday-Wednesday, Sept. 4-5 using the hashtag, #WorldLongDrive. Additional custom-content will be shared via World Long Drive and Golf Channel’s digital and social media platforms leading up to the World Championship, featuring insight from some of the top competitors previewing the event in one-on-one interviews with Coachman. WorldLongDrive.com also will feature the latest video and highlights from on-site, along with real-time scoring for the duration of the event, Aug. 31-Sept. 5.

Originating in 1976, the World Long Drive Association is an organization that brings together golf’s longest hitters from around the globe. Emerging as one of golf’s most popular grass roots competitions – a finalist at the 2018 Cynopsis Sports Media Awards in the League of the Year for a Breakthrough Sport andLive Coverage of a Breakthrough Sport categories – sanctioned Long Drive events are open to amateur and professional golfers. With an Open Division, Women’s Division and Masters Division (Ages 45+), the sport appeals to golfers of all ages. The 2018 WLDA season consists of events across the United States and around the world, culminating with the Volvik World Long Drive Championship, Sept. 1-5, from WinStar World Casino and Resort on the Texas / Oklahoma border, where competitors will convene under the lights for the world title on Golf Channel. In 2017, World Long Drive coverage on Golf Channel featured three televised events, and across all telecasts (live and replay) airing across Golf Channel and NBC, 6.4 million unique viewers watched at least some portion of World Long Drive events, +295% vs. 2016, and the most-viewed season of World Long Drive on record (2013-2017, according to data released by The Nielsen Company).

ABOUT WINSTAR WORLD CASINO AND RESORT

With more games than any other casino in the world, WinStar World Casino and Resort offers more than 8,100 electronic games, 99 table games, 55 poker tables, two 18-hole golf courses, and the 3,500-seat Global Event Center and the nearly 1,400-room WinStar World Casino Hotel. Owned by the Chickasaw Nation, WinStar World Casino and Resort is located just north of the Oklahoma-Texas border along Interstate 35 and presents unrivaled gaming action 24 hours a day, seven days a week, world-class entertainers and a wide range of restaurants. For more information, go to www.winstarworldcasino.com or join the casino’s online communities at Facebook or Twitter.