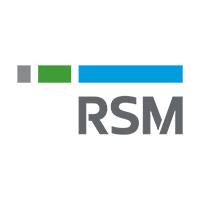 CHICAGO  – RSM US LLP (“RSM”) – the nation’s leading provider of audit, tax and consulting services focused on the middle market and title sponsor of The RSM Classic – is pleased to welcome PGA TOUR Professional Abraham Ancer to Team RSM, bringing the total roster of RSM-sponsored TOUR professionals to seven, including Zach Johnson, Chris Kirk, Davis Love III and Dru Love (in addition to Ancer) with the PGA TOUR, and Hinrich Arkenau and Andy Sullivan with the European TOUR.

Twenty-nine-year-old Ancer has established himself as an up-and-coming golf star, completing an outstanding year in 2020 that was highlighted by four Top-10’s on the PGA TOUR, including two-second place finishes at both The American Express and RBC Heritage. In November, Ancer’s play at the 2020 Masters garnered notable coverage, holding a T2 spot after 54-holes, and finishing T13 for the tournament. Throughout the calendar year in 2020, Ancer proved to be one of the most consistent players on TOUR, finishing 15th or better at 11 events and, remarkably, only missing the cut once in 21 starts. He completed the 2019-2020 PGA TOUR season Top-30 in FedExCup points, making the TOUR Championship at East Lake. The previous year was a special one for Ancer as well. His strong play qualified him for the 2019 Presidents Cup International team, held at Royal Melbourne Golf Club in December 2019, when the U.S. team defeated the Internationals 16-14. Ancer went an impressive 3-1-1 in his Presidents Cup debut. His sole loss came in the Sunday singles, 3 & 2 in a memorable match against U.S. playing-captain Tiger Woods. He is currently ranked in the Top 25 in the Official World Golf Ranking.

Ancer was born in McAllen, TX, raised in Reynosa, Mexico, and has dual American and Mexican citizenship. He played golf at Odessa College and the University of Oklahoma, where he graduated in 2013.

During his year at Odessa, Ancer was a first-team All-American and finished in a tie for second in the Junior College National Golf Championship. He was also a recipient of the Jack Nicklaus Player of the Year award. At Oklahoma, Ancer made an immediate impact, winning twice in his first year while having the sixth-lowest scoring average in Oklahoma history of 72.03. He completed his career at OU second in all-time scoring average.

“At RSM we are committed to building middle-market leaders of tomorrow, and Abraham is a great model for what you can accomplish with passion, commitment, hard work and the support of friends and family,” said Andy Bosman, chief marketing officer with RSM US LLP. “In addition to his personal commitment to success, Abraham shares RSM’s passion for stewardship and supporting others on their personal journeys. We are excited to welcome Abraham to Team RSM, and we look forward to working with him to continue giving back to the community.”

“RSM’s leadership for culture, diversity, and inclusion is unparalleled, it’s truly an honor to join Team RSM,” said Ancer. “Zach, Chris, Davis and Dru represent the PGA TOUR with strong moral principles and the utmost professionalism, while Hinrich and Andy do the same for the PGA European Tour. I look forward to working with all of these outstanding professionals to represent the game of golf and RSM through our shared values of respect, integrity, teamwork, excellence and stewardship.”

About The RSM Classic

The RSM Classic is an official PGA TOUR event hosted by professional golfer and 2017 World Golf Hall of Fame inductee, Davis Love III. The tournament is held at Sea Island Golf Club on St. Simons Island in Georgia’s Golden Isles. The Davis Love Foundation, a 501(c)3 nonprofit organization, manages and operates the tournament, and has donated more than $21.6 million to charities that support children and families in need. For more information about The RSM Classic and the Davis Love Foundation, visit rsmclassic.com.

About RSM US LLP

RSM’s purpose is to deliver the power of being understood to our clients, colleagues and communities through world-class audit, tax and consulting services focused on middle market businesses. The clients we serve are the engine of global commerce and economic growth, and we are focused on developing leading professionals and services to meet their evolving needs in today’s ever-changing business environment.

RSM US LLP is the U.S. member of RSM International, a global network of independent audit, tax and consulting firms with more than 43,000 people in more than 120 countries. For more information, visit rsmus.com, like us on Facebook, follow us on Twitter and/or connect with us on LinkedIn.