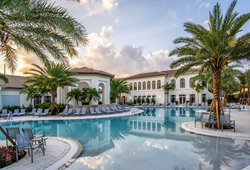 “Addison Reserve has the privilege once again to be recognized as a premier club among a field of prestigious country clubs throughout the country and the world,” stated Michael McCarthy, CEO & General Manager. “This designation is based upon our continuance of excellence in service to our Members as well as the enhancements to our amenities which contribute to making Addison Reserve a premiere club in South Florida, in the country and internationally.”

Addison Reserve Country Club is minutes away from the heart of downtown Delray Beach, “America’s Most Fun Small Town.” This boutique community and exclusive Club welcomes residents and Members to a luxury lifestyle that combines the harmony of nature, excellence in service and superior amenities.