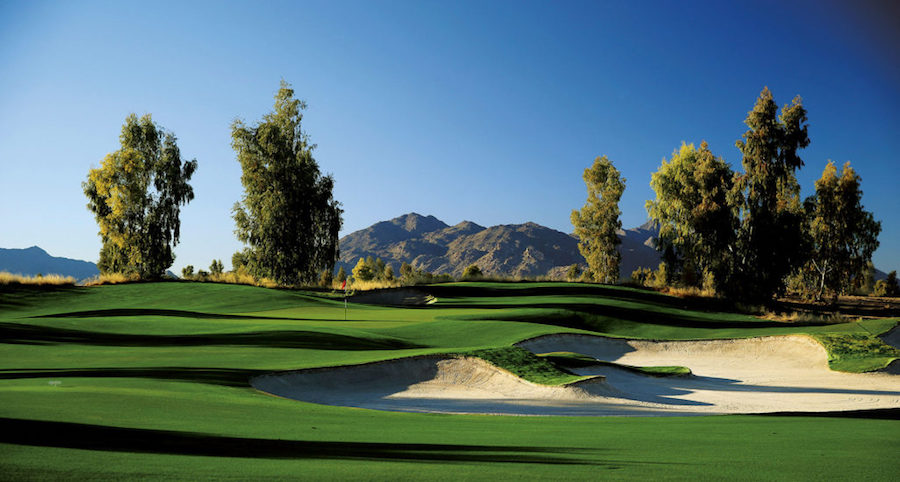 “The Copper Cup will be the first college golf tournament of the spring and a great way to celebrate the Territorial Cup rivalry and the very high level of college golf found in Arizona,” notes Sun Devil head coach Matt Thurmond. “I’m thankful for Ak-Chin Southern Dunes and the two athletics departments that have worked together to support this idea and make it happen. Some great golf and and camaraderie can be expected.”

Each match will be worth one point, while ties will be awarded a half-point to both sides. Twenty-four points are awarded, as it will take 12.5 to win the Copper Cup. Selection of pairings for both daily matches will be done live the night before between coaches and made available to all players and public immediately.

“Our team could not be more excited for the opportunity to open up the season in Arizona playing our rivals in a very recognizable Ryder Cup style format,” says Arizona head coach Anderson. “While we all understand the importance of this rivalry and competition, it has been outstanding conceptualizing this idea with Coach Thurmond and the ASU staff along with members of the Ak-Chin Southern Dunes team, including General Manager Brady Wilson.

“The pandemic has challenged us all in many ways, and I believe The Copper Cup is a gift coming from the resiliency and persistence our teams face during the challenges. This competition is possible because of the disruption in our season and The Copper Cup is a byproduct of teamwork and vision to have two of the very best college golf teams face off on day one. Getting to put on our uniforms, having a scoreboard again, playing a format we don’t see regularly (Match Play) are all going to make us better as a team.  Also, getting to test the depth of our squad with eight players competing will be hugely valuable moving through the spring season. The venue offers a great golf course and our teams are equally familiar with layout. The Copper State will be treated to two great days of college golf and The Wildcats will be ready to play.”

“The opportunity, in this unique golf year, to host a groundbreaking and unique event that features two of the best college golf programs in the country from right here in our home state, is exciting and hopefully a true silver lining outcome from the limitations that 2020 has brought,” says Brady Wilson, General Manager of Ak-Chin Southern Dunes. “The Copper Cup will be another feather in the cap of Ak-Chin Southern Dunes Golf Club as a premier championship site in the state, region and country.”

In October, the NCAA announced that Ak-Chin Southern Dunes Golf Club will be a host site for the 2026 Men’s Golf NCAA Regionals. Ak-Chin Southern Dunes, named a “Top 100 Golf Course You Can Play” by Golf Magazine, will be one of six Regional sites in the U.S. with each site hosting 14 collegiate teams. The top five teams from each Regional will advance to the NCAA Championships to be held in 2026 at La Costa Resort and Spa in San Diego, Calif. Exact dates for the Ak-Chin Southern Dunes Regionals will be announced at a later date, but the tournament is expected to take place in mid-to-late May 2026.