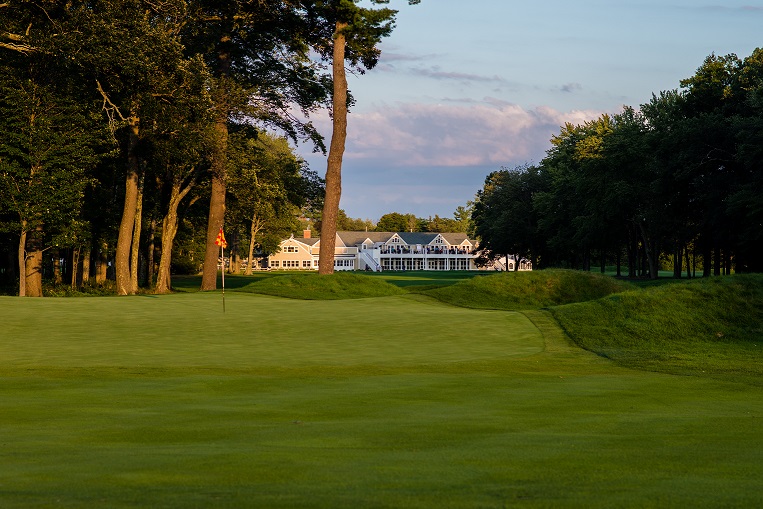 “Our roots are in championship golf and we are fully invested in continuing that legacy at our Club and with the NHGA, as we head toward our 100-year anniversary,” said Brian Kelley, general manager of Manchester Country Club.

“I am speaking for the entire membership when I say how honored we are to be selected as the championship site for these upcoming tournaments, and to be able to mark our centennial year with the formidable NH Amateur in 2023 is truly a historic milestone for our Club and our state.”

NHGA Executive Director Matt Schmidt added: “Our relationship with MCC has never been stronger and we’re thrilled to see the club on the schedule for these future championships. I want to thank the staff and members at the club for their willingness to support the NHGA and our programs and services. We’re thrilled to be returning to one of New England’s most iconic clubs.”

First open in 1923, MCC will reach its Centennial year in 2023 and the NHGA is honored to be a part of that with the New Hampshire Amateur Championship.  With the recent addition of their championship set of tees, the course stretches out to just over 6,800 yards with classic undulating greens and a layout well-known to Donald Ross designs.  The club has also embarked on an extensive restoration project to bring back some of the features that were lost over the years, including cross bunkers and fescue mounds.

The New Hampshire Amateur Championship is a six-day tournament designed to highlight the best amateur golfer in the Granite State each year.  Beginning with 36 holes of stroke play qualifying, the field is cut to 64 players who go on to compete in match play to determine the champion.

The NHGA is excited to be heading back to Manchester Country Club to continue the tradition of championship golf at one of the Granite State’s most prestigious golf courses.