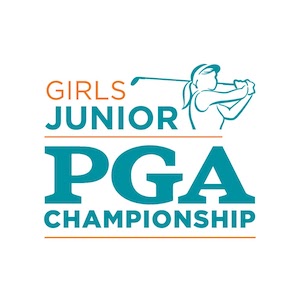 Davis’ summer of top competition pays off when it matters most

by Anthony Witrado, PGA of America

LOUISVILLE, Ky.  — Something big was on the horizon.

Anna Davis could feel it. After a summer filled with competition against top-flight, nationally renowned junior golfers, she knew her time was close. Her game was about to shine.

On Friday afternoon at Valhalla Golf Club, it was at its brightest. Davis, from the San Diego suburb of Spring Valley, California, marched to an emphatic seven-shot victory at the 45th Girls Junior PGA Championship. She shot a final-round 6-under 67 (par is 73) to match the low round of the day.

“It feels so good to top off the summer this way with a big win at a tournament like this,” Davis said, minutes after being doused with bottles of water by some of her fellow competitors. “If I was put in this situation a year ago, I definitely would have struggled mentally. That’s for sure. But my mental game has improved so much, just keeping my head in the game, worrying about me and not what the other girls are doing.”

Through the three rounds she led, there were moments where Davis, 15, could have faltered. Like in Round 1 when she made three consecutive bogeys, or in Round 2 when she needed to lean heavily on her putter to save her scores, or in Round 3 when she started with three bogeys on the first five holes.

Then, in the final round, Julia Misemer (Overland Park, Kansas) was looking to run down Davis on the back nine. But after a birdie on 13 closed the gap to two shots, Davis pounced on a couple of Misemer’s mistakes on 15.

An errant tee shot eventually led to a chop out of the rough and Misemer’s ball trickling into the water. Davis then stuck her second shot to about 12 feet, and rolled in a left-to-right putt for birdie. Misemer made a triple bogey for a critical four-shot swing.

“It went from two to a six-shot lead in like minutes,” said Davis, a rising sophomore at Steele Canyon High School. “So I could relax a little bit after that, which was nice to not be super stressed going into the last few holes.”

Misemer, 17, played well until then. She mounted a run to close out the back nine, with back-to-back birdies, including on the 153-yard par-3 eighth on a tee shot she hit to 2 feet. But Davis matched with a birdie on nine, and both made the turn at 4 under for the round. Misemer finished solo second at 8 under, and Megha Ganne (Holmdel, New Jersey) was 7 under for solo third.

“I’ve played so many tournaments this summer against so many well-known girls,” Davis said. “So that experience has definitely helped for times like this.”

Two players from Goodyear, Arizona made two of the biggest runs up the leaderboard Friday.

Abbey Schutte matched Davis with the round of the day with a 67 to jump 18 spots from where she was when the day started, and into a tie for 16th. Kendall Todd also shot a final-round 67 to move up 15 spots, tying her for fifth.

College golf coaches from around the country were here eyeing future recruits, getting a glimpse of the next up-and-comers on the junior circuit and checking in on commits this week.

Coaches from NCAA Division I powerhouses Ole Miss, Stanford, Duke, Oklahoma State, South Carolina, LSU and Wake Forest, among many others, were at Valhalla following players. In total, 79 collegiate coaches were in attendance.