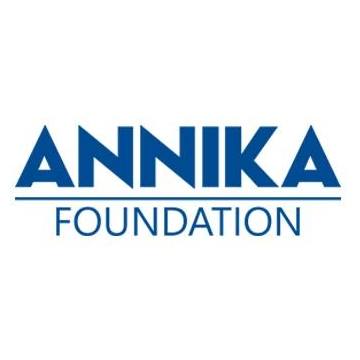 Seven events for female golfers will once again be held across five different continents: Asia, Australia, Europe, North America and South America. The Foundation’s 12th year of hosting tournaments will kick off January 17-20 at the World Golf Village in St. Augustine, Florida for the ANNIKA Invitational USA presented by Rolex. A month later, Asia’s brightest young stars will descend upon the world’s largest golf club, China’s Mission Hills, for the 10th-annual ANNIKA Invitational at Mission Hills. The club’s Annika-designed Annika Course will host.

As the first day of summer approaches, the Foundation team will make its traditional trip to Sweden for two events at Halmstad Golf Club, the ANNIKA Invitational Europe and ANNIKA Cup. Then, in late summer, the Foundation will stage two tournaments in three weeks – the ANNIKA Invitational Latin America and the ANNIKA Intercollegiate presented by 3M. For the third-consecutive year, Royal Golf Club in Lake Elmo, Minnesota will host 12 of the country’s best Division I women’s programs on a golf course Annika co-designed with the late Arnold Palmer.

A very busy season will close Down Under, with the ANNIKA Invitational Australasia returning to Royal Wellington Golf Club in Wellington, New Zealand.

“I’m so thankful to our team as we enter our 12th year of hosting tournaments for girls and young women,” says Annika. “Their hard work and fierce dedication have been critical to our Foundation impacting the lives of more than 600 girls from 60-plus countries every year. And with some exciting announcements on the horizon, 2020 promises to be the best year yet as we continue to spread our ‘More than Golf’ mission across the globe.”

Annika is intimately involved with all the championships. Scheduled activities for competitors typically include clinics where she shares her “Winning Approach” philosophy, gala dinners, awards presentations and more.

In 2020, the Foundation will also once again host its “Share My Passion” series – details on dates and locations will be released in the coming weeks. Girls between the ages of 6-12 are invited to write an open letter to Annika telling her why they love golf, and why other girls should learn how to play. Annika and her team then host the authors of the most-compelling notes at a clinic headlined by the 10-time major champion and winner of 72 LPGA events.

About the ANNIKA Foundation

Annika created the ANNIKA Foundation (www.annikafoundation.org) to provide opportunities in women’s golf at the junior, collegiate and professional levels while teaching young people the importance of living a healthy, active lifestyle through fitness and nutrition. The Foundation has partnered with key organizations to promote healthy, active lifestyles for children, including SPARK, Florida Hospital for Children in support of its Healthy 100 Kids initiative and The First Tee in development of the Nine Healthy Habits curriculum for children, and an endowment of the AJGA’s ACE Grant.