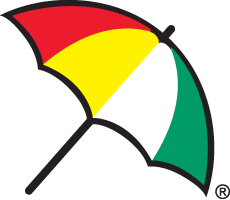 In honor of what would have been Arnold Palmer’s 90th birthday this year, the Arnold Palmer organization is launching a “90 for 90” campaign to celebrate 90 moments from Palmer’s incredible life across social media, digital channels and SiriusXM, one moment per day starting Thursday, June 13 leading up to his birthday on September 10.

Arnie’s Army, fans and supporters can join the celebration at www.blog.arnoldpalmer.com as well as via Twitter (@arnoldpalmer), Instagram (@arnoldpalmerofficial) and Facebook (@arnoldpalmerofficial) and share their reactions and Palmer memories using #AP90for90. The highlighted moments will cover the full spectrum of Palmer’s life, including family, his love of aviation, his business prowess, the Arnold & Winnie Palmer Foundation and, of course, his incredible golf career. More than just historical notes, the 90 moments are meant to emphasize the positive impact Palmer had on the world and to inspire others to live their best lives.

The program will launch during the U.S. Open at Pebble Beach, with the first few moments highlighting Palmer’s dramatic victory in the 1960 U.S. Open at Cherry Hills, his partnership purchase of Pebble Beach, and his final U.S. Open at Oakmont in 1994. Similarly, posts throughout the 90 days will coincide with special dates when possible.

As a tribute to Palmer and a reflection of his lasting legacy, many golf organizations and partners will help to celebrate the moments along the way.

GOLF Channel, the television network Palmer co-founded in 1995 that has since expanded into a global media and technology company dedicated to the game, will feature the campaign throughout the 90 days with frequent segments on Morning Drive, the network’s daily morning show, as well as Instagram and Twitter content via the network’s social media handles and digital platforms.

Beginning on June 13, SiriusXM will air an Arnold Palmer Minute each day, celebrating moments from the campaign. The minutes will be voiced by CBS Sports broadcaster and Palmer’s longtime friend Jim Nantz, airing on PGA Tour Radio.

The “90 for 90” campaign is the start of the celebration leading up to September 10.  To receive daily moments in their inbox and follow along with updates and surprises along the way, fans can sign up on www.blog.arnoldpalmer.com. Other events and activities will be announced at a later date.