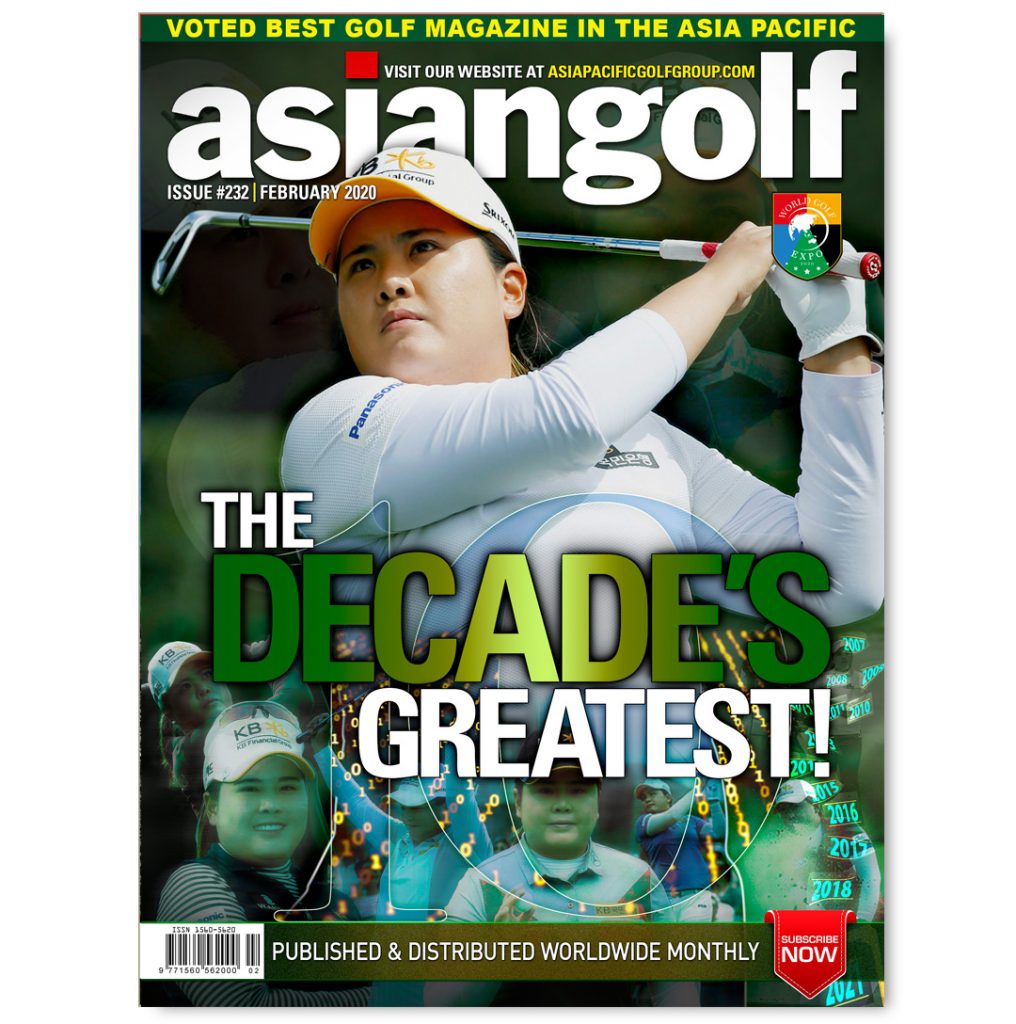 ASIAN GOLF celebrates South Korea’s Inbee Park as she is declared as the Greatest Player Of The Decade!

To be counted as the best amongst the best on the LPGA Tour is a historic milestone not only for the player in question but also for the women’s game in Asia. Most importantly, it is an incredible acknowledgement that Asians can make it to the very pinnacle of the game of golf, if they give it their best shot.

Between 2010 and 2019 Park won 18 times, including six major championships, and won the Rolex Player of the Year, Rolex Annika Major Award, Vare Trophy and three-times topped the Money List. Park also made history in 2016, becoming the youngest to qualify for the LPGA Tour Hall of Fame at the age of 27, and won the Olympic gold medal at the Summer games in Rio that same year.

“In keeping with the rapid growth of the Asia Pacific and it’s place on the global stage, we felt that it made sense for the Asian Golf Awards to keep pace and grow with the region that is home to it,” said Mike Sebastian, CEO of the Asia Pacific Golf Group, the owner and producer of the recognition event.

The Global Golf Awards will be an integral part of the new World Golf Expo initiative, a collaboration between the giant Mission Hills Group of China and the Asia Pacific Golf Group. Like its predecessor, the Global Golf Awards will be conducted through a poll that will be run on-line covering a three-month period. The on-line poll will be launched on March 1 and end on May 30, 2020.

The World Golf Expo will be staged in the bustling capital city of Haikou in Hainan on October 14 – 16, 2020. According to the Chairman of the Organising Committee, Mr. Tenniel Chu, Group Vice Chairman of Mission Hills Group, “The World Golf Expo is being planned to grow into one of the biggest and most important golf business events in the world.”

For this and more, check out the February 2020 edition of ASIAN GOLF. There’s nothing like ASIAN GOLF!

Stay with ASIAN GOLF for the best perspective on golf – regional, international and global. It doesn’t get any better!

Welcome To The Exciting World Of Asia Pacific Golf!

This message is brought to you by the Asia Pacific Golf Group (2014) Pte Ltd.