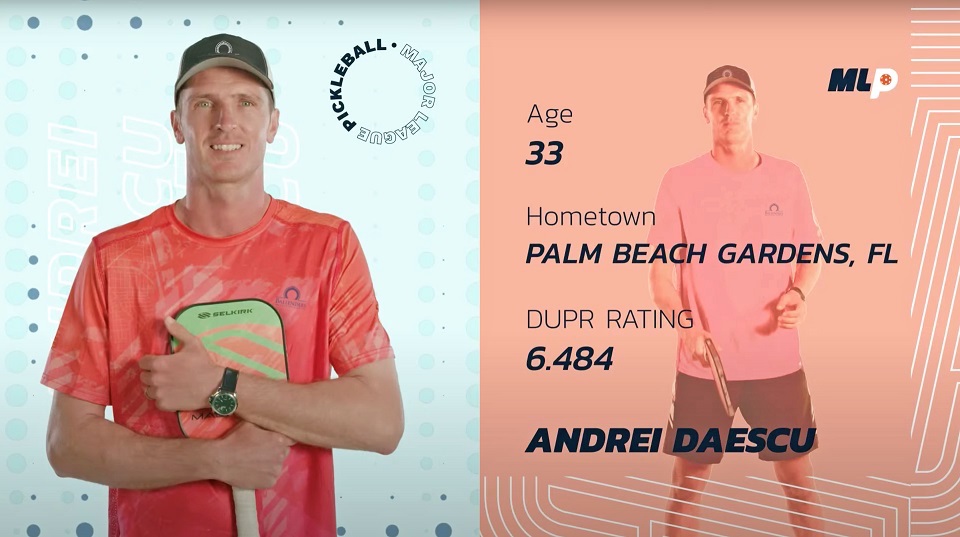 Daescu is excited about representing BallenIsles in such a prestigious event for this fast growing sport. He has been the head tennis professional at BallenIsles Country Club since 2017. In addition to his on-court duties, Daescu is also heavily involved with the club’s team tennis program and was also an important factor in the development of BallenIsles’ successful junior program.

Daescu was introduced to the game of pickleball at BallenIsles during a pro exhibition at the club in 2017. The game has grown a lot since then and Daescu has been advancing his pickleball skills as well, competing in pro tour events in 2018 and 2019, while winning his first tournament earlier this year. Daescu also competed in the 2021 Pickleball World Championships where he was a bronze medalist and represented Team World in the Team USA vs Team World challenge.

In 1963 legendary Florida developer John D. MacArthur and the PGA of America teamed up with golf course architects Dick Wilson and Joe Lee to design a championship-caliber golf facility. Over the next ten years, BallenIsles, then called PGA National Golf Club, hosted numerous major tournaments like the PGA Championship and PGA Seniors Championship and was home for the Professional Golfers’ Association of America. The Club was also the host site for the original PGA TOUR Qualifying School and held the inaugural PGA Merchandise Show. When the MacArthur/PGA of America agreement expired in 1973, the Club was renamed the JDM Country Club for John D. MacArthur. For the next 15 years, the prestigious local country club hosted many celebrities and professional golfers and staged many events on the three golf courses on the property. In 1988, the three golf courses and surrounding property were sold by the John D. and Catherine T. MacArthur Foundation and renamed BallenIsles Country Club. A multi-year and multimillion dollar plan to develop a private country club community was unveiled. Since the early 2000’s, BallenIsles Country Club has been consistently ranked as one of the Top 100 Clubs in America.