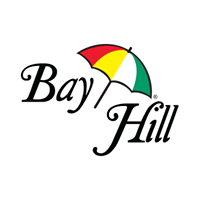 Arnold Palmer’s Bay Hill Club & Lodge is proud to announce it has been selected as one of the Top 50 Golf Clubs of America 2019-2020 by the Platinum Clubs® of America. Often compared to Michelin-starred restaurants, Platinum Club recognition is the most respected award in the private club industry with only the top 4% of private clubs receiving platinum status, including such prestigious clubs as Augusta National Golf Club (Augusta, GA), Baltusrol Golf Club (Springfield, NJ), Oakmont Golf Club (Oakmont, PA), and Shinnecock Hills Golf Club (Southhampton, NY) to name a few.

“We are both delighted and honored to have been selected by our peers to the Top 50 Golf Clubs of America List for 2019-2020,” said Don Emery, President/GM of the Bay Hill Club & Lodge.  “For more than 50 years, Bay Hill has been making history for being an exceptional golf destination.  We take great pride in the experience we offer our members and guests, and look forward to sharing our tradition of service and hospitality with travelers from around the globe.”

“We are very excited to have just completed the creation of a new two-acre Short Game Practice Facility and renovated driving range, and the response from members and guests has been overwhelmingly positive,” Emery continued.  “We are continually striving to improve, yet remain dedicated to honoring the traditions and core values that have set us apart.”

The history of Bay Hill and this charismatic golf club is steeped in tradition.  Built in 1961, guests appreciate the scenic views and traditional setting across 270 acres along the shores of the beautiful Butler Chain of Lakes.  The property later became a favorite of legendary golfer Arnold Palmer after he competed in an exhibition match with Jack Nicklaus and Don Cherry on the then unknown course in 1965.  On that day Palmer fell in love with Bay Hill and began the quest to make it his own.  By 1970, that dream was a reality and Bay Hill was the winter home of Mr. Palmer until his passing in September, 2016.  In 1979, Mr. Palmer successfully created a tournament that became an official PGA TOUR stop, attracting some of the strongest fields of the season, now called the Arnold Palmer Invitational presented by Mastercard.   Just like the personality of Arnold Palmer himself, Bay Hill is very charming and welcoming, and for those that love the traditions of the game, it is the perfect Bucket List venue.  Bay Hill earned the distinction of Golf Resort of the Year – North America, by the International Association of Golf Tour Operators (IAGTO), was named to Forbes Magazine’s list of 10 Best PGA TOUR Courses You Can Play, and is a Golf Magazine Top 100 Golf Course.  Bay Hill is also rated One of the Best Courses You Can Play, by Golfweek Magazine, and past recipient of the highly regarded Condé Nast Traveler Gold List Award.