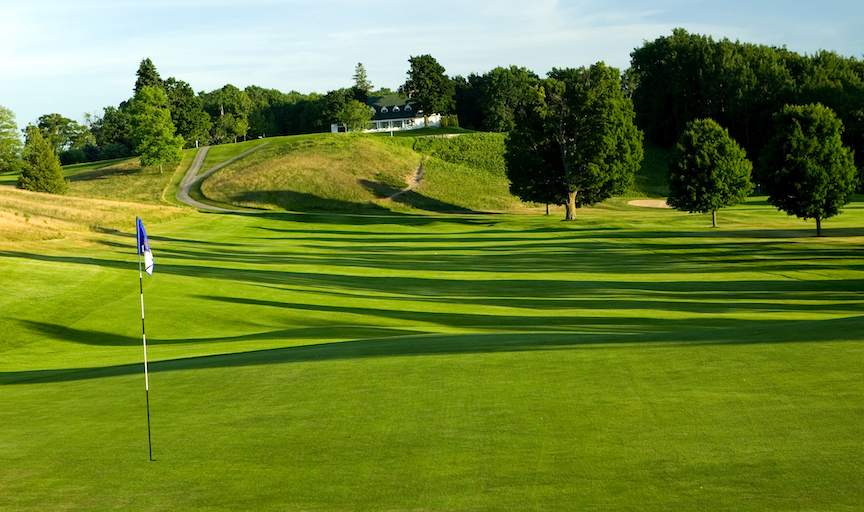 One of the Midwest’s most revered and classic golf properties, Belvedere Golf Club in Charlevoix, MI is ranked– for the first time ever– on Golf Digest’s biennial list of “America’s 100 Greatest Public Courses.” The honor comes two years after the 1925 William Watson creation underwent a caring restoration by Belvedere staff and architect Bruce Hepner, using long-lost blueprints of Watson’s original design, which were discovered, serendipitously, during the demolition of a building in downtown Charlevoix in 2016.

“Restoring this Watson gem was all done with in-house labor. We expanded the greens and fairways even farther out than my work 10 years ago. It’s an amazing set of greens and surrounds,” Belvedere’s head professional Marty Joy told Golf Digest. “We moved bunkers around to match original locations. The style is simple and intentionally not stylized.”

The publication’s biennial review of America’s top public courses, where Belvedere comes in ranked No. 89, can also be found on Golfdigest.com. Golf Digest uses nearly 1,000 low-handicap male and female golfers on its Course Ranking Panel and asked each to submit ballots based on eight criteria including shot options, challenge, layout variety, distinctiveness, aesthetics, conditioning, character, and fun.

One of the Midwest’s most revered and classic golf properties, Belvedere Golf Club in Charlevoix, MI.

“What a tremendous validation for the restoration here and the timelessness of our William Watson design to have Golf Digest rank Belvedere in the Top 100,” Joy said. “It’s been a thrill to see people have affection for a layout that’s sneaking up on 100 years old. We’re very proud of this honor.”

Stretching to 6,906 yards, Belvedere isn’t long by modern standards, but the challenge lies in the short game around the dynamic green complexes, which features subtle undulations, ridges and slopes that fall off to chipping areas.

The course has long been a favorite of many golf greats, including legend Walter Hagen, who won the first Great Lakes Open at Belvedere, and five-time British Open winner Tom Watson, who as a youngster honed his game playing summers at Belvedere. He remains a member today and calls the short par-four 16th hole one of the great par fours in America.

For information about Belvedere visit www.belvederegolfclub.com or call 231-547-2611.