Tinley Park, IL: Bettinardi Golf putters remain hot on Tour, winning back-to-back PGA Tour events, following this weekend’s phenomenal performance in the Barracuda Championship. The champion, a former Cal standout, trusted his Soft Carbon 3 Step Jam PROTO to score a final +47, birding the final three holes on Sunday to take home the title. The Barracuda champion recorded a tournament-best 25 birdies on the week, earning him first in the field for birdie putts and strokes gained. He finished the week off with a 1.66 putts in GIR. This was Bettinardi’s first victory for the 3 Step Jam putter, which features the same F.I.T. Face milling technology that has won multiple PGA Tournaments in 2018, as well as The Open Championship.

It was the Barracuda champion’s third consecutive top-four finish in just eight professional starts, including a runner-up at the 3M. This brings his career earnings to more than $1.6 million, with fifteen of his past seventeen rounds in the 60’s. Six of his past seven rounds have been 66 or lower. He shot 22-under 266 at the Barracuda (66-69-66-65).

The player is now ranked 46th in the Fed Ex Cup, which guarantees him starts in at least the first two Fed Ex Playoff events. The upcoming BMW Championship will take place at Medinah Country Club, located just outside of Chicago, and a short drive from Bettinardi Golf’s headquarters.

“What an incredible win for the champion. To win in just eight starts on Tour is superb. As a company, seeing Bettinardi putters make huge putts on Sunday to lift the trophy back-to-back weeks is extremely rewarding,” said Sam Bettinardi, Vice President of Bettinardi Golf.

“More and more college players are requesting Bettinardi putters, and they are seeing great success, like the former Cal standout who used his Bettinardi putter to win the Pac 12 Championship. To immediately win a PGA Tour event, electing to keep his Bettinardi putter in the bag, is a huge testament to my father and I, that players feel the excellence in craftsmanship and precision that goes into every Bettinardi putter. This ultimately, we believe, gives them superior confidence when they line up their crucial putts.”

Bettinardi Golf has now won back-to-back PGA Tour events for the first time since 2004, when Bettinardi won four PGA tournaments in a row. This is Bettinardi Golf’s fourth win on the PGA Tour in the 2018-2019 season. Following a record 2017-2018 year, Bettinardi putters have now won 16 worldwide Tour events in the last 18 months.

The Barracuda Champion will travel next to North Carolina to play in the Wyndham Championship. 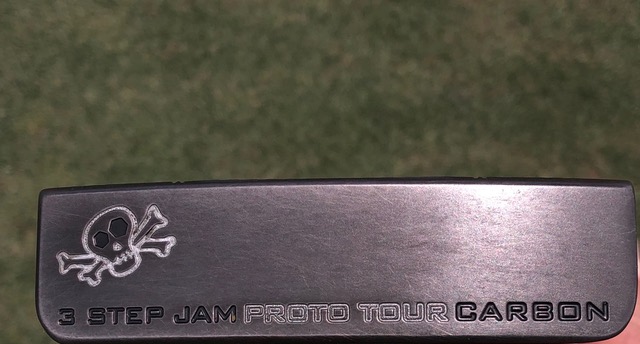 Since the brand was established in 1998, Bettinardi putters have secured more than 80 victories around the world across all professional Tours. Off to another great season following a record 2018 year, Bettinardi Golf has four PGA Tour victories, with two wins by long-time brand advocate Matt Kuchar and Jim Herman, and three Web.com Tour victories in the last 12 weeks, and multiple top 10 finishes from their Tour Staffers including Matt Kuchar, Haotong Li, and Eddie Pepperell, and LPGA rising star Yu Liu.