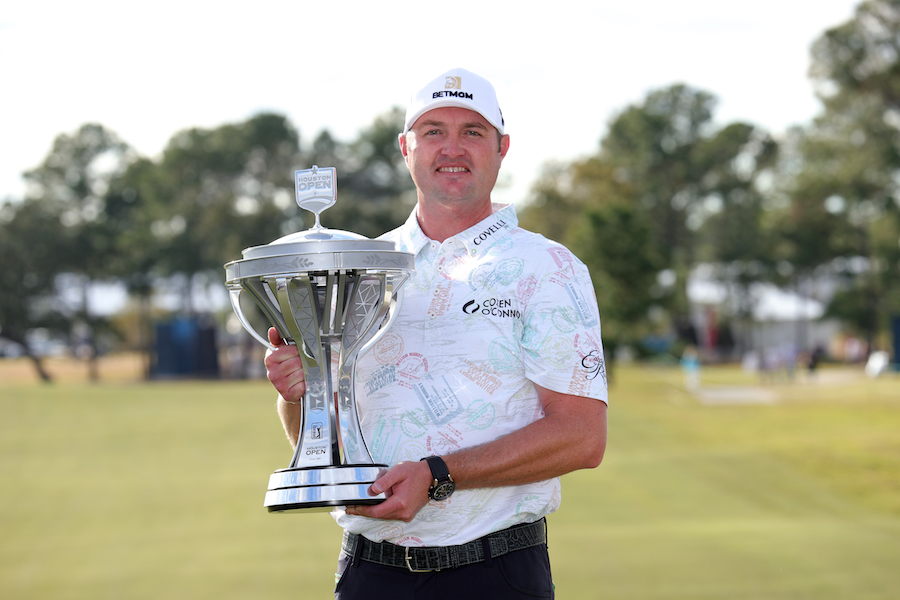 Trusting his Bettinardi Studio Stock 38 with Robert Bettinardi’s Tour-proven F.I.T. Face, Jason put together one of his best putting performances of the season, posting a -10 under par final score while firing a final round 65 that included birdies on four of his final six holes.

Despite a second round 71 and nearly missing the cut, Kokrak fought his way back up the leaderboard, birdieing 13 of his final 36 holes to win his third PGA Tour event in his last 28 starts. The Cleveland, Ohio native finished the week third in strokes gained putting after totaling 24 birdies throughout the tournament.

“We could not be more excited to see Jason earn his third PGA Tour victory in the last 13 months with a Bettinardi in the bag,” said Executive Vice President of Bettinardi Golf, Sam Bettinardi. “To see Jason’s continued success on the greens is a true testament to the brand. Putting went from being one of Jason’s worst stats, to where now he is in the top 10 on the PGA Tour. My Father and I are thrilled to be a part of such a great success story.”

Since making the switch to Bettinardi, Jason has three PGA Tour victories in the last 13 months, and is now ranked 6th in Strokes Gained Putting after being ranked 151st before the start of last season.

With the victory, Kokrak now ranks 22nd in the OWGR, tying the highest ranking of his career, while also moving to 7th in the latest FedEx Cup Rankings.

Bettinardi Staffers have earned eight victories in 2021, with the latest bringing Bettinardi’s win total since 1998 to 95 Worldwide Tour Victories.

For more Tour updates and behind-the-ropes insight, including our upcoming coverage of the PGA, European, and LPGA Tour, follow @BettinardiTourDept on Instagram.