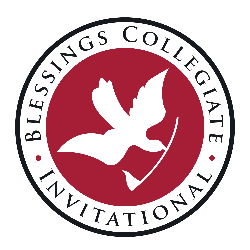 FAYETTEVILLE, Ark. – Blessings Golf Club will host the third annual Blessings Collegiate Invitational presented by Tyson Foods this fall, announced today by tournament officials. Slated for October 3-5, the event is expected to feature 11 of the top men’s and women’s teams from across the country, including hosts and defending tournament champions, the Arkansas Razorbacks. The tournament will be broadcast live on GOLF Channel Monday, October 3 – Wednesday, October 5 from 3:30pm – 6:30pm CT each day.

“We are honored to welcome the collegiate level’s best players back to Northwest Arkansas and Blessings Golf Club for this year’s Blessings Collegiate Invitational,” stated John Tyson, Chairman of Tyson Foods, Inc. “The Blessings Collegiate Invitational provides an opportunity for student-athletes to display their games on a global stage, while also shining a spotlight on the Northwest Arkansas region and the world-class amenities here.”

The Blessings Collegiate Invitational is a 54-hole stroke play competition, with the men’s and women’s teams competing on the same course and in the same conditions throughout the week.  The comprehensive tournament field includes a lineup of distinguished programs from top conferences such as the AAC, ACC, Big 12, Mountain West, Pac-12 and Southeastern Conference. Participating schools include Arkansas (host), California, Central Florida, Clemson, Kansas, Louisville, Mississippi, Mississippi State, Texas A&M, UCLA and UNLV.

“We look forward to hosting a powerhouse lineup of collegiate programs at our home course this fall for another exciting edition of the Blessings Collegiate Invitational,” stated University of Arkansas men’s golf coach, Brad McMakin. “We encourage Razorback fans from across the region to mark their calendars to come out and support these talented student-athletes compete later this year,” added University of Arkansas women’s golf coach, Shauna Taylor.

Volunteer opportunities for the tournament will be announced in the coming months, with registration expected to open in July 2022. To stay up to date with event information and news, please visit BlessingsCollegiate.com or follow the event on Facebook, Twitter, or Instagram.