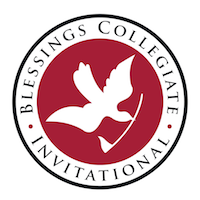 “Tyson Foods believes strongly in the power of college athletics to shape the leaders of tomorrow and to inspire our country today,” said Tyson. “Through the Blessings Collegiate Invitational, we are proud to give college golfers a platform to compete, and fans another chance to view these incredible athletes. In these challenging times, it’s important to show how our lives can continue by supporting athletic programs that contribute to the success and future of the sport in a safe and responsible way.”

“As we continue to expand our college golf platform, partnering with Mr. Tyson and the Blessings Golf Club to create a new collegiate event in Northwest Arkansas underscores GOLF Channel’s commitment to raising the profile of college golf,” said Knapp. “Our viewers saw this firsthand in 2019 with Arkansas’ Maria Fassi completing her college career by winning the individual national championship on her home course. We look forward to highlighting the sport’s future stars in October.”

The Blessings Collegiate Invitational is expected to feature some of college golf’s top-ranked individuals, including Pauline Roussin-Bouchard (South Carolina – No. 1 in World Amateur Golf Ranking) and Ingrid Lindblad (LSU – No. 4) in the women’s field, along with Ricky Castillo (Florida – No. 2) and Davis Thompson (Georgia – No. 4) on the men’s side. Five of the top-25 in the current PGA TOUR University ranking are expected to take part in the men’s competition, including: Thompson (No. 4), John Augenstein (Vanderbilt – No. 9) and Jovan Rebula (Auburn – No. 10).

In partnership with the University of Arkansas, Blessings Golf Club served as host for the NCAA Women’s and Men’s Division I Golf Championships in 2019, with both events televised live on GOLF Channel. Designed by Robert Trent Jones Jr., and refreshed by Kyle Phillips, the course originally opened in 2004, and previously hosted the men’s NCAA regional in 2013.

The 2020 Blessings Collegiate Invitational will be contested without spectators. Event officials are working closely with Blessings Golf Club and other health-related resources to carefully monitor the COVID-19 pandemic. Organizers will implement increased health and sanitation procedures in effort to protect the health and safety of the players, coaches, officials, staff and production personnel on-site.

The Blessings Collegiate Invitational becomes one of six college golf championships televised on GOLF Channel, which includes the NCAA Women’s and Men’s Division I Golf National Championships, taking place in May of 2021 at Grayhawk Golf Club in Scottsdale, Ariz.

Throughout the collegiate golf season, GOLF Channel will deploy its comprehensive portfolio of news, digital and social media coverage year-round in covering collegiate golf, including specials for regional and national qualifying, on-site and wraparound news from golf’s biggest college events, and year-end award shows for the Haskins and ANNIKA Awards presented by Stifel.