“For this new restoration, we intend to dramatically and comprehensively update every aspect of the layout,” said Bobby Weed, “preparing it for the next generation of members and resort guests.” 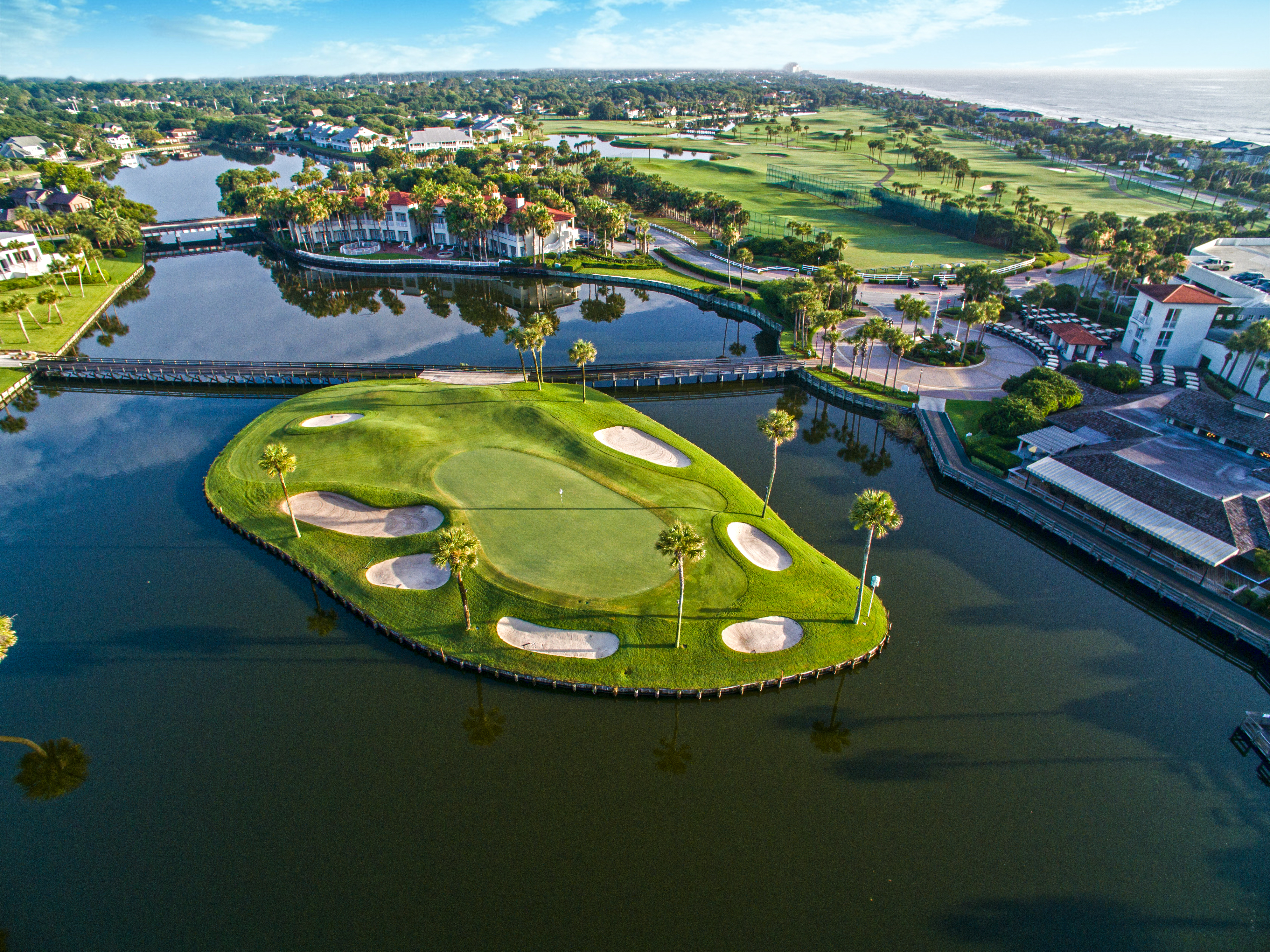 Similar to the 1998 project, the scope of this restoration will address greens, tees, bunkers, irrigation, drainage, grassing bridges/bulkhead and landscaping. The link-like, windswept character of the course will be enhanced, and it is expected that the practice facilities will be improved. The Ocean Course will be closed for 11 months, beginning in August 2019.

The original 1928 design utilized an unprecedented level of earthmoving equipment. Strong’s work featured bold contours and a heroic scale that captured immediate notoriety. The iconic 9th was one of golf’s earliest examples of an island green, and the upstart course was tapped to host the 1939 Ryder Cup matches, although the matches were cancelled due to the onset of World War II.

From these historic beginnings, the Ocean Course has remained a cornerstone amenity of the Ponte Vedra Inn and Club. From time to time, significant capital investment has been made into the course to maintain its unique appeal and quality. The first occurred in 1947, followed by Bobby Weed Golf Design’s restoration in 1998. Weed also renovated the Lagoon Course at Ponte Vedra Inn and Club, in 2007.

The current restoration project under the direction of Bobby Weed Golf Design will establish a sturdy foundation on which the historic and beloved Ocean Course will embark on its second century.

Bobby Weed began his career with an extended apprenticeship under Pete Dye, leading to a nearly 40-year relationship that continues today. Weed was hired by the PGA Tour in 1983, where he served as the Tour’s in-house designer from 1987-1996, helping establish the nationwide TPC Network.  Weed also is the co-founder of the non-profit HEAL (Helping Enrich Autistic Lives), a charitable organization serving the five-county area around his home in north Florida.

Senior Design Associate Chris Monti, a Cornell University graduate, spent a year examining the courses of the British Isles. Since 1997 he has contributed his unique perspective to Bobby Weed Golf Design, managing nationally prominent new course, renovation and restoration projects across the country.