PHOENIX (Feb. 7, 2020) – Boyd Summerhays, swing coach to PING Pro Tony Finau and other tour pros, has joined PING as a Brand Ambassador, said President John K. Solheim. Summerhays is one of Golf Digest’s 50 Best Teachers in America, and is a GOLF Magazine Top 100 Teacher in America. He is the Director of Instruction at McDowell Mountain Golf Club in Scottsdale, Ariz.

“When Boyd says ‘Golf is in my blood’, he truly means it,” Solheim said. “From the time he could walk there’s been a golf club in his hands. He was a highly decorated junior golfer, played professionally, and through his family of instructors found a love of teaching. Whether he’s working with a junior or he’s inside the ropes with Tony Finau, he’s the same guy, working hard to get the best out of you. With his positive approach and sterling reputation, he fits the profile of a PING Brand Ambassador.”

Summerhays said he has long admired how PING conducts business. “Being close with Tony over the years and PING Pro Scott Harrington, I’ve seen the PING team in action, and what resonates is the family atmosphere around PING. Everyone works together, and I know Tony and Scott appreciate how invested PING is in their success. That’s the environment I like to create as a teacher. Personal commitment combined with PING’s unmatched innovation in golf club technology is how we’ll help golfers achieve their goals, for beginners and tour pros alike. I’m excited to represent PING in that effort.” 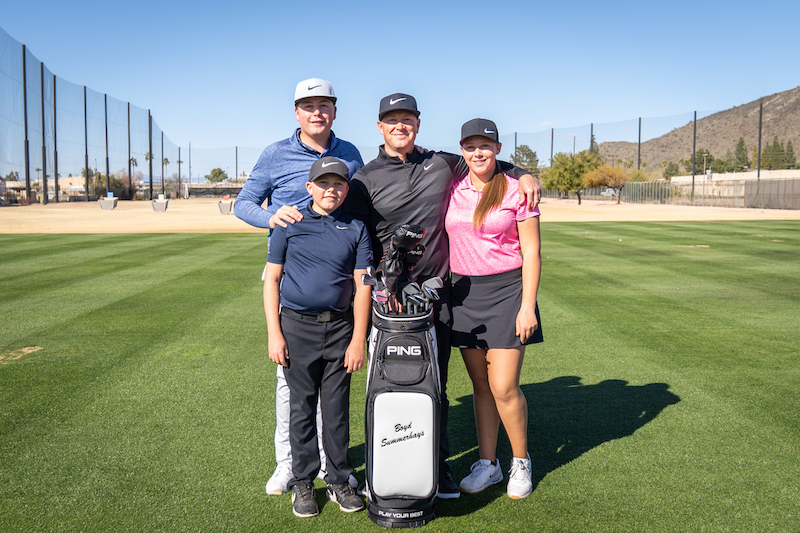 Summerhays can certainly draw from a depth of experience. As a junior golfer, he won more than 75 junior and high school tournaments, including three Junior World Championships. At 16 he was the #1-ranked junior in the country. He played collegiately at Oklahoma State University. In the professional ranks, he won more than 20 times and played the PGA Tour from 2004 to 2006. He also played the Korn Ferry and other tours during his 11-year playing career.

Added to that is his impressive golf lineage. Younger brother Daniel is a PING pro who competes on the PGA Tour. His grandfather Pres, father Lynn, and cousin Carrie (a former LPGA pro) have deep roots in playing, teaching and collegiate coaching. Uncle Bruce is a PGA Tour Champions winner and an accomplished instructor. Summerhays’ son, Preston, won the 2019 U.S. Junior championship.

PING is a registered trademark of Karsten Manufacturing Corporation in the U.S. and other countries. All other trademarks mentioned are the property of their respective owners.