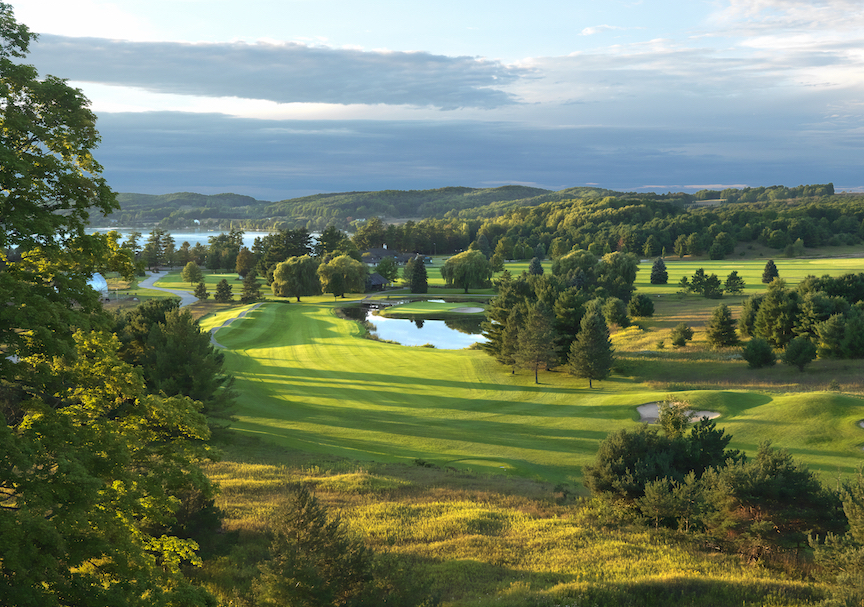 BOYNE FALLS – BOYNE Golf’s own Jeff Roth had to wait an extra year to defend his record sixth win in the 29th Tournament of Champions, which starts Monday at Boyne Mountain Resort.

The 2020 edition was not presented due to pandemic concerns, but the unique tournament that includes juniors, seniors, professionals, and amateurs of both sexes, all playing for one title from different tee positions, is back with a powerhouse field of 115 golfers.

All who are invited have won selected significant Michigan golf championships, both amateur and professional, and some are on the lists of Michigan’s most decorated golfers in history.

Roth, who teaches at the BOYNE Golf Academy at Boyne Highlands Resort in Harbor Springs, makes all the lists. He is among the 14 Michigan Golf Hall of Fame golfers who will be in this year’s championship. He is also among seven golfers who are past champions that have returned.

And he will be among the favorites to win the traditional green sport coat presented to the winner once again. After all, at age 61 in 2019, he went wire-to-wire holding off Kalamazoo mini-tour player Barrett Kelpin, who had won the tournament in 2015.

Roth is also fresh off playing in the PGA Tour’s Michigan stop, the Rocket-Mortgage Classic at Detroit Golf Club.

While Roth managed to beat the assortment of younger professionals and top amateurs in 2019, the 2018 title was won for the first time by an amateur.

Scott, a former Grand Valley State University standout from Traverse City who has since turned professional, shot the best round of his life tying the course and tournament record with an 11-under 61 final round on the Alpine Course, and then won a sudden-death playoff with mini-tour player Sam Weatherhead of Grand Rapids.

Scott, Weatherhead and several other mini-tour professionals are in the field, including 2018 Michigan Open champion Jake Kneen of White Lake, and 2018 Michigan Amateur champion Beau Breault of Howell.

Ben Cook of Yankee Springs Golf Course in Wayland, last summer’s Michigan PGA Professional Champion who was the low club professional earlier this year in the PGA Championship at Kiawah Island, S.C., is in the field for the first time.

“It’s another amazing field with great champions, professional and amateur, college players, mini-tour professionals and several of our top Michigan PGA Section players and Hall of Fame members,” said Justin Phillips, the tournament director for the Michigan PGA Section, which sanctions and administers the unique championship. “It is the 29th year and it remains one of the most unique tournaments in the country at one of the top resorts in the country.” 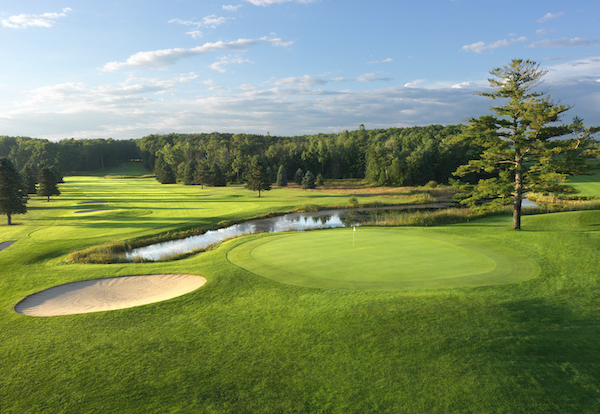 The field will play the 54-hole stroke play championship on two courses. The Monday round and Wednesday’s final round are on the classic Alpine course, and Tuesday’s round is on The Monument course. A 36-hole cut to the low 60 scorers and ties follows the second round. This year’s purse for the professionals is $65,000.

Boyne Mountain Resort has been a favorite Midwest destination since 1948. The family-owned, four-season resort has earned Certificates of Excellence from TripAdvisor, and has been recognized by Conde Nast Traveler readers as being among the top 50 Best Places to Ski and Stay in North America. The waterpark is listed among Budget Travel’s Top 10 Indoor facilities and the resort is a readers’ choice favorite of Spa Magazine. Boyne Mountain is home to The Alpine and The Monument golf courses, as well as 60 runs on 415 skiable acres. Cross-country skiing, snowshoeing, Solace Spa, Michigan’s largest indoor waterpark, Zipline Adventures, disc golf facilities, lift-serviced mountain biking, beach activities, kids programs, lodging, meeting, and wedding facilities as well as real-estate are offered at the resort.

BOYNE Golf is a collection of ten courses at three resorts (Boyne Highlands, Boyne Mountain, and Inn at Bay Harbor) located within 15 miles of Petoskey, MI. Beyond the world-class golf, Boyne Golf is centered amid one of America’s most beautiful vacation spots. The scenic Lake Michigan beach towns of Charlevoix, Harbor Springs and Petoskey are minutes away, and a side trip to Mackinac Island is easily managed. Guests can enjoy award-winning spas, waterfront dining, sandy beaches, watersports, gaming, microbreweries, wineries, hiking, biking, tennis, zip-lining, shopping and more capped by the spectacular northern Michigan sunsets. For more information on BOYNE Golf, visit www.BOYNEgolf.com.

SCORING: Live scoring and tee times will be available at www.michiganpga.com

Connect with media coordinator Greg Johnson at 616-560-8995 or greggie24@hotmail.com if you plan to cover the championship.

Justin Phillips is the tournament director for the Michigan PGA. He can be reached at 517-641-7421 or JPhillips@michiganpga.com.