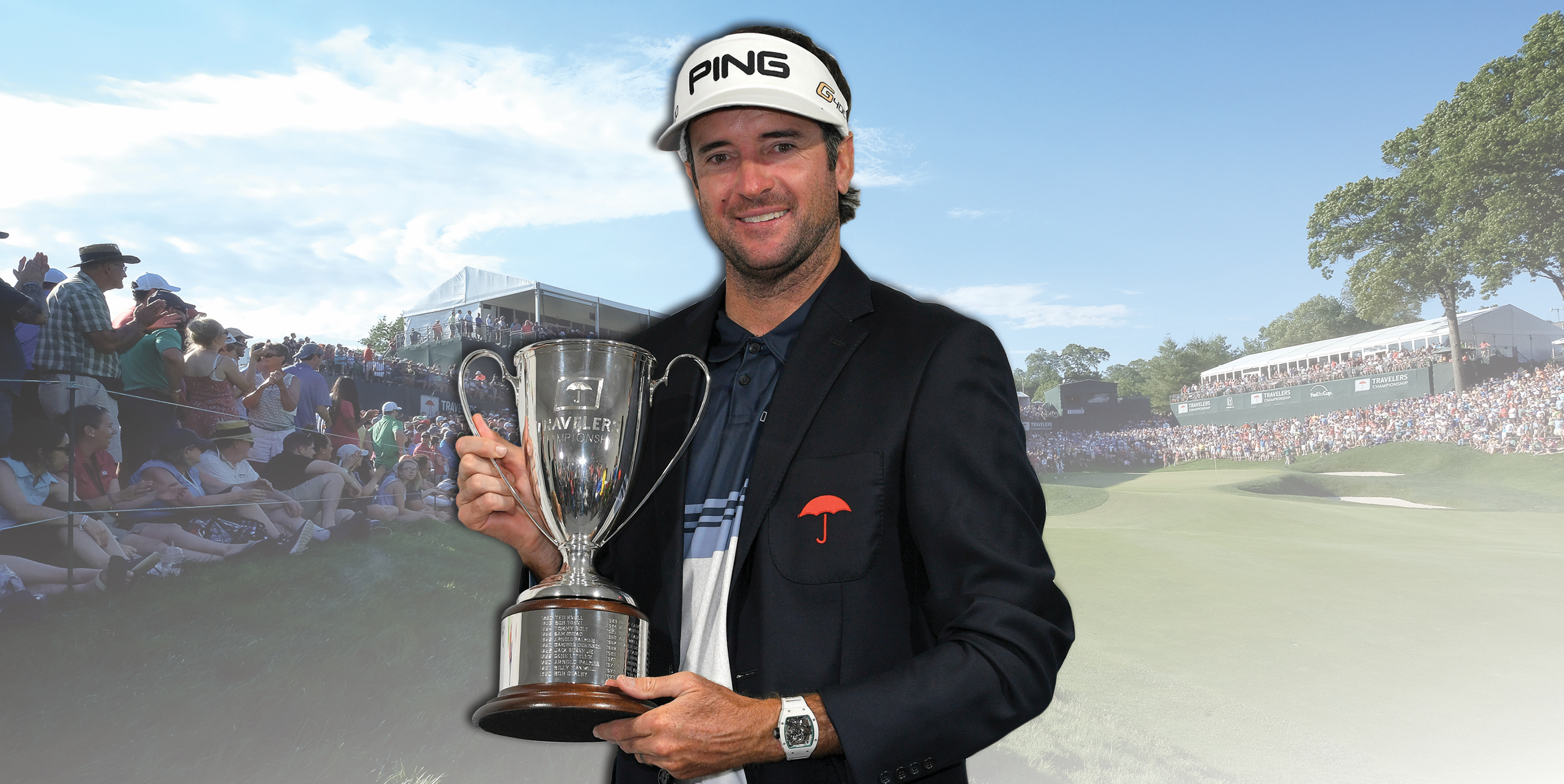 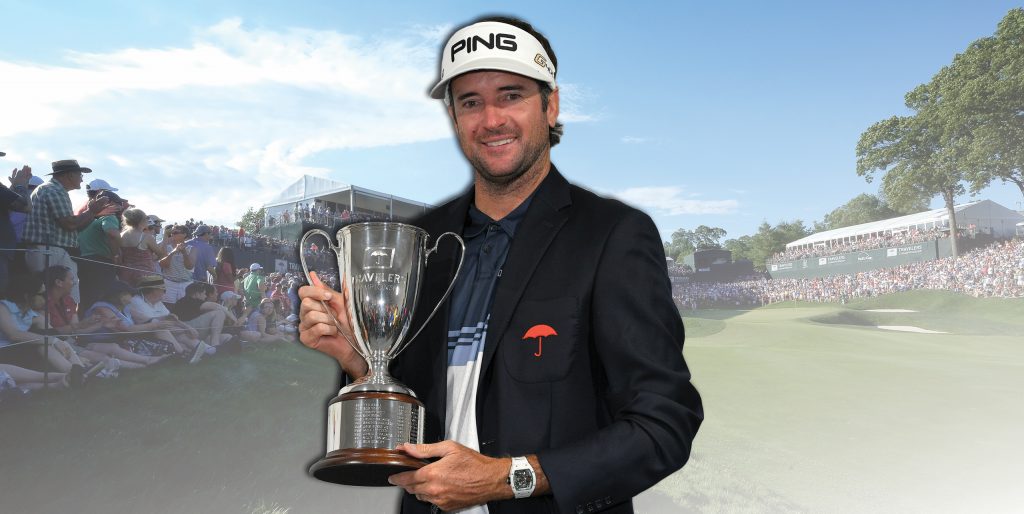 HARTFORD, Conn., – The Travelers Championship today announced that three-time winner and defending champion Bubba Watson has committed to play in the 2019 tournament. With his victory at TPC River Highlands last year, Watson became just the second player to win the event more than two times.

“The Travelers Championship is one of my favorite tournaments ­— and favorite weeks — on the PGA TOUR,” said Watson. “It will always hold special meaning to me because it was the site of my first TOUR victory, but the way the entire community embraces it, and how the tournament team goes above and beyond to ensure it’s a great experience, truly makes it special.”Watson’s connection with the Travelers Championship extends beyond the victories he’s achieved on the golf course. Over the past three years, he has donated $300,000 to tournament charities.

After coming from six shots back in the final round to win the Travelers Championship for the third time in 2018, Watson donated $200,000 to the tournament’s primary beneficiary, The Hole in the Wall Gang Camp. That allowed the tournament’s charitable proceeds to reach $2 million for the first time in its history. During the 2016 tournament, Watson pledged $100,000 toward the Bruce Edwards Foundation Benefit Dinner, a one-time special event that raised money for ALS causes, the charitable focus that year.

“Bubba has been such a wonderful ambassador for our tournament,” said Travelers Championship Tournament Director Nathan Grube. “Our fans enjoy seeing Bubba play every year, and the fact that he’s the defending champion for the third time will bring even more excitement to what promises to be an incredible week.”

Watson’s first PGA TOUR victory came at the 2010 Travelers Championship, when he beat Corey Pavin and Scott Verplank in a playoff. He added a second Travelers Championship title in 2015, also in a playoff, this time against Paul Casey. Watson is a two-time Masters champion, winning in 2012 and 2014, giving him two major championships. He’s also a four-time participant in the Ryder Cup, a three-time winner of the Genesis Open, a two-time representative of the United States in the Presidents Cup and was a member of the 2016 U.S. Olympic team.

“We’re proud of the relationship we have with Bubba and his family, and we can’t thank him enough for all he’s done for this tournament,” said Andy Bessette, Executive Vice President and Chief Administrative Officer at Travelers. “He’s had tremendous success on the course and he’s helped us bring our charitable initiatives to the next level by generously contributing funds toward the tournament’s causes. He’s a great partner, and we can’t wait to welcome him back this year.”

Watson is No. 17 in the Official World Golf Ranking. He joins five other highly ranked players — Brooks Koepka (No. 3), Justin Thomas (No. 4), Bryson DeChambeau (No. 5), Francesco Molinari (No. 10) and Tony Finau (No. 13) — who already have committed to play in the 2019 Travelers Championship, which will be held June 17-23 at TPC River Highlands in Cromwell, Connecticut. For more information on this year’s tournament, visit www.TravelersChampionship.com.

About the Travelers Championship

The Travelers Championship, held in Cromwell, Connecticut, is one of the premier events on the PGA TOUR and part of the FedExCup series. Named by the PGA TOUR in 2017 and 2018 as the recipient of the “Players Choice” award, the Travelers Championship proudly supports the TOUR’s Tradition of Giving Back by donating 100 percent of net proceeds to charities. Travelers, a leading provider of property and casualty insurance for auto, home and business, is the Official Property Casualty Insurance Provider of the PGA TOUR. The company became the tournament’s title sponsor in 2007. Travelers has been doing business in the Hartford community for more than 160 years and has been a corporate sponsor of this event each year since its inception in 1952. Complete details are available at www.TravelersChampionship.com.