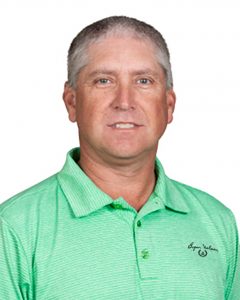 Parel fired a course record 64 in the final round to earn a berth in the championship playoff with Steve Flesch and Bernard Langer. Flesch prevailed after two sudden death holes, with Parel finishing as runner-up and Langer third.

Parel, who has taken a long and circuitous route to the highest levels of competitive golf, is in his second full-year as an exempt member of the PGA Tour Champions, where expectations are high.

An article on the tour’s website previewing the 2018 season and titled “Five to Break Through in 2018” heralds that “Parel’s combination of long off the tee and stellar on the greens (seventh in putting average) is a recipe for a victory. It would surprise no one to see him earn a title in 2018.”

About Byron Nelson Golf
One of the most enduring sporting icons in the world, Byron Nelson summons thoughts of a true gentleman, sportsman, humanitarian and champion. It is the aim of Byron Nelson USA to be faithful to that legacy by offering apparel of superior styling and uncompromising craftsmanship.