The induction took place during the closing ceremony of the 24th Caribbean Golf Classic held at the Westin Resort in Punta Cana, May 7 – 11.

Often called “The face of Caribbean golf,” Gagnon was honored for his myriad contributions to growing golf in the Dominican Republic as well as the entire Caribbean. A native of Montreal, Gagnon came to Casa de Campo in 1980 when he was hired as golf operations director. 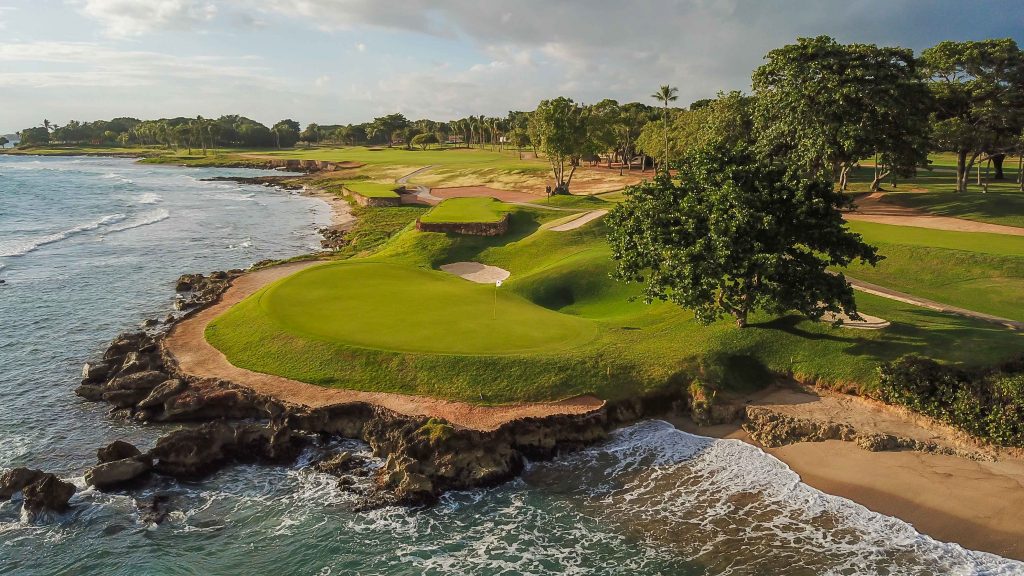 He has been instrumental in the development of the resort’s exceptional golf assets including all 90 holes designed by Pete Dye – Teeth of the Dog, The Links, Dye Fore and La Romana Country Club (private) – as well as the golf shops and full roster of annual tournaments.

“Gilles is a devoted friend to golf and is responsible for helping us start the Caribbean Classic,” says Sidney Wolf, CGA President. “The Council of the CGA is pleased to recognize him for all his help, not only to the CGA, but to the entire Caribbean golfing community.”
“Except for Pete Dye, no other person has had more significant impact on our resort becoming one of the premier golf destinations in the world than Gilles,” says Andres Pichardo Rosenberg, President of Casa de Campo. “His long commitment to growing golf in the Dominican Republic and the Caribbean ensures his legacy as one of the true icons in the game.”

A member of The Leading Hotels of the World, 7,000-acre Casa de Campo attracts affluent travelers with 63 holes of exceptional golf. The Teeth of the Dog, Dye Fore and The Links courses – Conde Nast Traveler, Golf Digest, GOLF Magazine and Golfweek award winners – are designed by the legendary architect Pete Dye. They are complemented by spacious hotel rooms, suites and luxury villas. Expertly prepared cuisine from around the world, a 370-slip Marina & Yacht Club, Polo & Equestrian Club, the La Terraza Tennis Center, 245-acre Shooting Club and Altos de Chavon – an artisan’s village modeled after a 16th century Mediterranean city – are other on-property highlights.