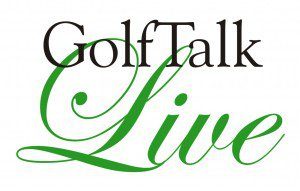 Built for the vast number of golfers playing cavity back irons, the Cleveland CBX 2 offers spin, control and all the forgiveness needed by a vast majority of players. Cleveland’s CBX 2 launched August 30, 2019.

The Cleveland CBX 2 is a new perspective on wedge design. For far too long, wedges have been stuck in a top down approach of designing for the world’s best players at the expense of the many everyday golfers who define the sport. With the Cleveland CBX 2, Cleveland Golf designed a forgiving, cavity back wedge built for the everyday player. While it still features the tour wedge technologies that Cleveland Golf is renowned for, the Cleveland CBX 2 offers additional forgiveness to help serious golfers upgrade their short game.

“The short game is critical to playing your best golf, and playing wedges designed for your game – and the shots you like to hit – is key,” said Brian Schielke, Marketing Director at Cleveland Golf. “That’s why Cleveland CBX 2 wedges were created. They make the short game easier and more forgiving for the majority of golfers out there playing game-improvement equipment.”

Cleveland CBX 2 features a new Hollow-Cavity design with a hollow chamber near the heel and a heavy weight placed in the toe. This unique structure maximizes MOI and perimeter weighting for unrivaled short game forgiveness, while still maintaining a sleek, attractive profile at address.

For those reasons, and more, the Cleveland CBX 2 wedges have been selected as the September Product of the Month by the award-winning and syndicated GolfTalk Live radio show. It will be featured all month on the GolfTalk Live website at www.golftalklive.net.

“I’ve been using nothing but Cleveland wedges for years,” says show host Tony Leodora. “The technology keeps changing so fast, it is hard to keep up with the innovations,” says Leodora. “I used to be very reluctant to move away from my old Cleveland wedges, every time the company came out with a new product. But their dedication to solid research has convinced me of the steady improvement. The (Cleveland) CBX 2 is just another step in the process.”

The GolfTalk Live radio show is the award-winning weekly radio show that has won national awards for 10 consecutive years and three times was named No. 1 Golf Radio Show in America by the International Network of Golf at the PGA Merchandise Show. The show airs 52 weeks a year from 7 to 8 a.m. and 7 to 8 p.m. each Saturday on flagship station WNTP 990-AM in Philadelphia and on wntp.com.

The show also is syndicated on other stations, including its first affiliate — WOND 1400-AM in Atlantic City. It airs there at 3 p.m. every Saturday. GolfTalk Live also airs on the FM dial at 10 a.m. Saturdays on Lansdale, PA’s WNPV 98.5 FM and 1440 AM serving Montgomery County, Bucks County and the Lehigh Valley. GolfTalk Live also can be heard any time following each show on its official website, www.golftalklive.net.
For more information or to have your product featured on GolfTalk Live, call 610-721-8186, or email Tony Leodora at tony.leodora@tl-golfservices.com.
« New Stevens Point Hotel to offer unrivaled accommodations, event spaces and championship golf
Asian Golf September 2019 Issue »