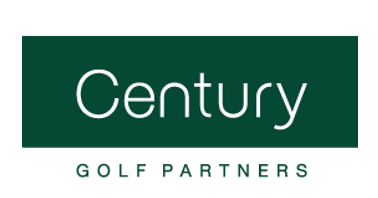 DALLAS – Century Golf Partners (Century Golf), one of the most experienced golf and club management companies in the world, and a Hankuk Industry partnership (HKI), have teamed up to acquire Las Posas Country Club, in Camarillo, California. The acquisition of this member-owned club was finalized on December 31, 2020 after the club members voted overwhelmingly to sell the club to the Century Golf partnership.

“For over a year, our Board investigated numerous options and evaluated many potential companies to partner with. Our goal was to preserve the perpetuity of our cultural uniqueness and assure the long-term success of our Club,” said Denis Barry, President of the Club’s Board of Directors. We ultimately chose Century Golf and HKI and we are very pleased with the decision that was overwhelmingly approved by our membership. Existing golf members will receive an annual dues credit for the next several years and there will be no member assessments. The Club also looks forward to the extensive capital improvements that are planned as well as the other “essentials” that our members requested and which were agreed upon as part of the deal.”

“We are looking forward to working with the Club’s members and management team to preserve the Club’s culture and rich history,” stated Doug Howe, a Partner of Century Golf. “We have great respect for decades of Club traditions and fun events the members enjoy. We appreciate the members’ support and the many friends they are already inviting to join the Club.”

This comfortable family-friendly club was founded in 1958 and is located northwest of Los Angeles in Ventura County’s city of Camarillo. The Club was the home course of PGA tour player Corey Pavin, and hosted the Challenge Golf Match with Arnold Palmer and several legends of the game. The club includes an 18-hole golf course designed by Lawrence Hughes and renovated by Cary Bickler, seven tennis courts, a fitness center, swimming pool, indoor/outdoor dining and banquet rooms in the clubhouse, and a fun group of members and their families. Visit lasposascc.com for more information.

HKI is an affiliate of Hankuk Industry owned by Mr. Shin Il Yoo, who has been involved in the golf industry since 1990. Mr. Yoo and his family have been acquiring golf courses for the past 18 years. The family has ownership in 25 golf courses in the U.S. and Japan, along with being a distributor of Baroness turf maintenance equipment and Yamaha golf carts in South Korea. The club portfolio includes PGA WEST and the Citrus Club in La Quinta, CA; Marbella Country Club in San Juan Capistrano, CA; The Oregon Golf Club in West Linn, OR; Chiba Isumi Golf Club and Yonehara Golf Club both in Chiba, Japan.

Century Golf Partners was founded in 2005 for the purpose of acquiring and managing private clubs, public courses and golf resorts and has a distinguished record of partnering with owners, members and communities to help clubs succeed. Century Golf is a specialty company that owns and/or operates more than 45 courses throughout the U.S., including PGA WEST and the Citrus Club in La Quinta, CA and Walt Disney World Golf in Orlando, FL. The leadership team has managed multiple club and golf companies and has operated over 500 golf courses. For more information, visit centurygolf.com or palmergolf.com.