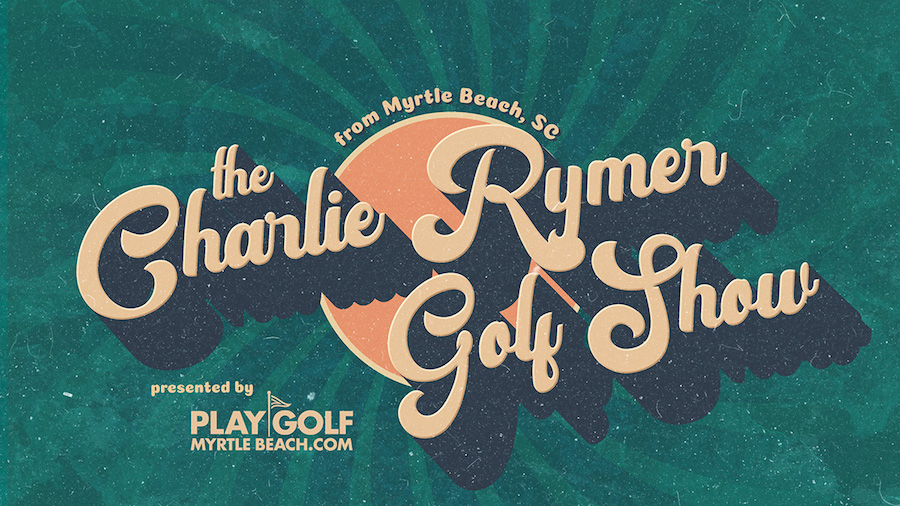 The show features Rymer, a former PGA Tour player and long-time media personality, as he interacts with celebrities and locals, on and off the course, with his typical charm and charisma. The half-hour show will run for 16 episodes, with the first eight airing this spring and the second eight running in the fall.

The inaugural episode of the Charlie Rymer Golf Show will feature exclusive interviews with Dustin Johnson, the world’s No. 1 golfer, and LPGA Tour star Christina Kim, in addition to taking viewers to Caledonia Golf & Fish Club and Rivers Edge Golf Club, two of the Myrtle Beach’s area’s most acclaimed courses.

“I’m more excited about the Charlie Rymer Golf Show than anything I’ve done in my career,” said Rymer. “The show will take golfers inside my hometown and allow me to conduct deep-dive interviews that will let fans see another side of people like Dustin Johnson, Nick Faldo and John Daly. We had a great time filming the first season and I think that really comes across in each episode. Hopefully the show will be both informative and entertaining for golfers across the nation.”

GTS, the company that created the Charlie Rymer Golf Show, provides a broad array of services, including email marketing, website design, social media and content production, targeting public and private clubs and real estate developments. With an email database that includes more than 700,000 addresses and an ever-growing social media presence, GTS has the assets of a large media company at its disposal.

For more information, go to www.GolfTourismSolutions.com.