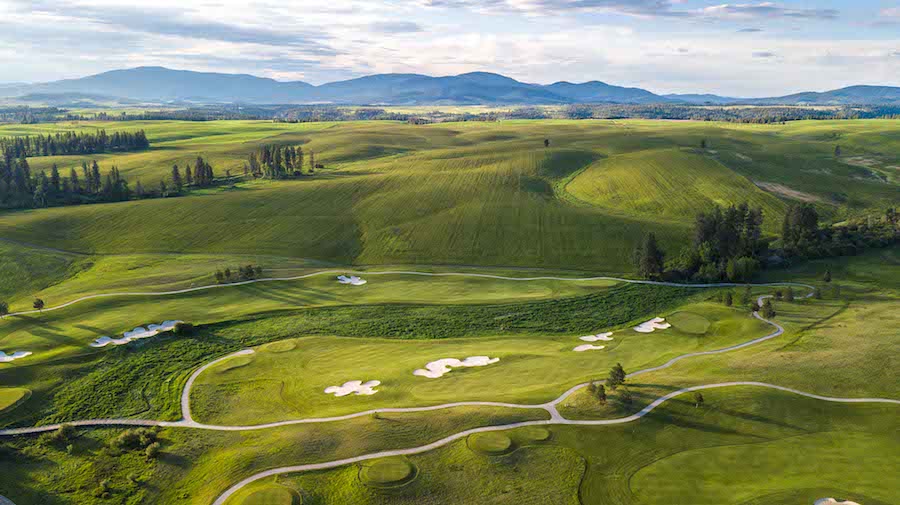 Worley, Idaho;  – As the inaugural Circling Raven Championship presented by KXLY News 4 Now approached last August, representatives of the host venue proclaimed early and often that the professional tournament was a chance to see first-hand some of the world’s best women golfers.

That significant claim proved exceptionally true as eight of the 10 players who earned their LPGA TOUR cards for the 2022 season competed in the Circling Raven Championship.

“We’re honored to have had hosted these women in the 2021 Circling Raven Championship – it was amazing to hear them speak so highly about our course and its conditions – and we can’t wait to see next season’s group,” said Laura Penney, CEO, Coeur d’Alene Casino Resort Hotel. “We support empowering women through the game. Doing so was one of the objectives the Coeur d’Alene Tribe set when it decided to build Circling Raven Golf Club, and it also factored in our decision to hold the tournament here. Congratulations to these women who are elevating to the LPGA Tour. They work extremely hard and are incredibly talented. We’ll be rooting for them at the next level.”

The Symetra Tour annually awards LPGA Tour Membership to the top players on the “Race for the Card” money list, and the conclusion of the Symetra Tour Championship ushers in the 2021 graduating class.

Here are the 2021 Symetra Tour graduates who competed at the Circling Raven Championship. The number next to their name designates their finish in money earnings for the season.

Three wins and eight total top-5 finishes sealed Symetra Tour Player of the Year honors for Vu. She won the Garden City Charity Classic in May, the Twin Bridges Championship in July and the Four Winds Invitational in August. The UCLA alumna led the Tour in par-4 scoring (3.956) and was second in scoring average (70.037).

“At a few points over the last couple years, I thought about putting the clubs away and going to law school, but my mom convinced me otherwise,” said Vu. “I’m happy she did and for my time on the Symetra Tour. It provided a renewed confidence in my game to help me succeed at the LPGA level. I know I’m ready for it, now.”

Make it back-to-back years as a Symetra Tour graduate for Cano. She was also No. 2 in 2020, when only the top-5 players earned LPGA Tour Membership because of the COVID-shortened season. It’s the first time since Jenny Gleason in 2011 and 2012 that a player finished the year as a Symetra Tour graduate in consecutive seasons. Fernandez Cano accomplished the feat thanks to 10 top-10 results which includes three runner-up performances.

Two wins in her fourth season on the Symetra Tour propelled Casey Danielson into the Race for the Card Top 10. A four-time WIAA Division II State Championship medalist for Osceola High School and member of the 2015 NCAA Championship team at Stanford University, Danielson is now a Symetra Tour graduate and on her way to the LPGA Tour as a 2022 rookie. She collected her first professional win at the Symetra Classic in May and followed it up with another victory in July at the Donald Ross Classic, earning four additional top-10 results in 19 starts this season.

There may not have been a more memorable moment on the Symetra Tour in 2021 than when Schubert made eagle on the third hole of a sudden-death playoff to win the Carolina Golf Classic, her first professional win in the penultimate event of the season, and secure LPGA Tour Membership for 2022. It was a script out of a fairytale.

The 2017 U.S. Women’s Amateur champion ranked second on Tour in sub-par holes (236) and greens in regulation (80.6% through 60 rounds) and was second in birdies (232) this season.  “The win in Greensboro is something that I’ll remember for the rest of my life . . . My mom is out watching just about every week and to share the accomplishments with her made it even more special,” said Schubert.

With her eighth top-10 finish in 2021 and a tie for third at the Symetra Tour Championship, Doherty clinched her place in the Race for the Card Top 10 and Gaelle Truet Rookie of the Year honors. She ranked fourth on Tour in scoring average (70.527), sub-par holes (231) and birdies (224). A Florida State University alumna, Doherty was a 2018 All-ACC selection and competed at the inaugural Augusta National Women’s Amateur in 2019.

It was a tough start to the season for Emrey, missing three cuts in her first four events. But her maiden Symetra Tour win at the IOA Golf Classic presented by RP Funding in May was the breakthrough she needed. Emrey collected four top-10 finishes the rest of the year enroute to securing her spot in the Race for the Card top 10.

“There are so many ups and downs in a golf season and every week on the Symetra Tour is a true grind. I think it’s the best way to prepare for the LPGA Tour,” said Emrey.

In 2019, Metraux suffered a shoulder injury that sidelined her for 10 months. Two years later, she is a Symetra Tour graduate. Metraux also elected to not compete on the Symetra Tour in 2020 due to the coronavirus pandemic, making her run in the Race for the Card that much more impressive.

“Reaching this goal just a couple years after a pretty devastating injury could be surprising, but I feel like I took the right steps to recover and keep my game in shape to at least give myself a chance at the top 10. The opportunity to play on the LPGA is something I’ve dreamed of since I was a little girl.”

“This time as a Symetra Tour graduate means a little more because I have [my daughter] here with me. It’s so special to be able to share the moment with her and see the smile on her face. Making it through a Symetra Tour season is one thing, but to do it as a mom and finish in the top 10 is a testament to my amazing family and team.”

For details about next year’s tournament, including sponsor, volunteer, and spectator opportunities, contact Coeur d’Alene Casino Resort Hotel and Circling Raven at: 1.800.523.2464 or visit www.cdacasino.com.

Owned/operated by Coeur d’Alene Tribe, Circling Raven is in the scenic Idaho panhandle approximately 55 minutes from Spokane International Airport (GEG). Designed by golf course architect Gene Bates, it measures a brawny 7,189 yards from the rear tees. The 18-hole layout sprawls magnificently through 620 acres of woodlands, wetlands, and Palouse grasses. Its gleaming white sand bunkers are large and strategically placed and its hole variety ingenious. Other Coeur d’Alene Casino Resort Hotel amenities and activities include the full-service Spa Ssakwa’q’n (pronounced Sock-wock-en); 300 hotel rooms; bars, restaurants, lounges, and eateries; cultural immersion options; and more. The casino just completed a $15 million renovation of its gaming floor and Events Center in 2019.  Circling Raven has garnered numerous best-in-kind honors since opening, including being rated a Top 100 Resort Course, Best in State, and a Top U.S. Casino Course. Its golf shop has won national and regional awards for its excellence and its variety of products, displays, and performance.

The Symetra Tour is the official qualifying tour of the LPGA Tour and enters its 41st competitive season in 2021. With the support of its entitlement partner Symetra, the Tour’s mission is to prepare the world’s best young women professional golfers for a successful career on the LPGA Tour. Since Symetra’s inaugural sponsorship year in 2012, the Symetra Tour has grown from 16 tournaments and $1.7 million in prize money to $4 million in prize money awarded over the course of nearly two dozen events. With more than 600 alumnae moving on to the LPGA, former Symetra Tour players have won more than 400 LPGA titles. Follow the Symetra Tour on the web at www.SymetraTour.com, Facebook.com/Road2LPGA, Twitter.com/Road2LPGA, and YouTube.com/Road2LPGA.

Symetra Life Insurance Company is a subsidiary of Symetra Financial Corporation, a diversified financial services company based in Bellevue, Washington. In business since 1957, Symetra provides employee benefits, annuities and life insurance through a national network of benefit consultants, financial institutions and independent agents and advisors. Symetra began its partnership with the Road to the LPGA in 2010 as the title sponsor of the Symetra Classic. It secured naming rights for the Symetra Tour in November 2011. In addition to its title sponsorship of the Tour, which runs through 2021, Symetra sponsors two events on the tournament schedule—the Symetra Classic and the season-ending Symetra Tour Championship. For more information about Symetra, visit www.symetra.com.