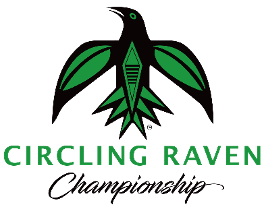 The inaugural event is scheduled for Aug. 23-29, 2021, the first in a three-year partnership with the Tour. It will feature a field of 156 competitors battling for $200,000 in prize money which will be one of the highest purses on the Symetra Tour this year.

“We’re honored to have these companies join us in supporting the Circling Raven Championship,” said Laura Penney, CEO, Coeur d’Alene Casino Resort Hotel. “As Sponsors, they’re helping support golf for women and girls, which is one of objectives the Coeur d’Alene Tribe set when it decided to build Circling Raven Golf Club.”

There are tiers of Sponsor opportunities still available, ranging in price from $3,000 to $20,000. For more details about this year’s tournament, contact Coeur d’Alene Casino Resort Hotel and Circling Raven at: 1.800.523.2464 or visit www.cdacasino.com.

Owned/operated by Coeur d’Alene Tribe, Circling Raven is in the scenic Idaho panhandle approximately 55 minutes from Spokane International Airport (GEG). Measuring 7,189 yards from the rear tees, the 18-hole layout sprawls magnificently through 620 acres of woodlands, wetlands, and Palouse grasses. Its gleaming white sand bunkers are large and strategically placed and its hole variety ingenious. Other Coeur d’Alene Casino Resort Hotel amenities and activities include the full-service Spa Ssakwa’q’n (pronounced Sock-wock-en); 300 hotel rooms; bars, restaurants, lounges, and eateries; cultural immersion options; and more. The casino just completed a $15 million renovation of its gaming floor and Events Center in 2019.  Circling Raven has garnered numerous best-in-kind honors since opening, including being rated a Top 100 Resort Course, Best in State, and a Top U.S. Casino Course. Its golf shop has won national and regional awards for its excellence and its variety of products, displays, and performance. 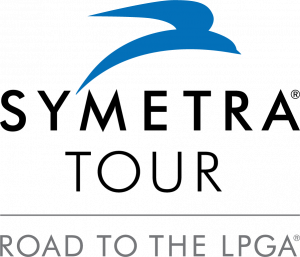 The Symetra Tour is the official qualifying tour of the LPGA Tour and enters its 41st competitive season in 2021. With the support of its entitlement partner Symetra, the Tour’s mission is to prepare the world’s best young women professional golfers for a successful career on the LPGA Tour. Since Symetra’s inaugural sponsorship year in 2012, the Symetra Tour has grown from 16 tournaments and $1.7 million in prize money to $4 million in prize money awarded over the course of nearly two dozen events. With more than 600 alumnae moving on to the LPGA, former Symetra Tour players have won more than 400 LPGA titles. Follow the Symetra Tour on the web at www.SymetraTour.com, Facebook.com/Road2LPGA, Twitter.com/Road2LPGA, and YouTube.com/Road2LPGA.

Symetra Life Insurance Company is a subsidiary of Symetra Financial Corporation, a diversified financial services company based in Bellevue, Washington. In business since 1957, Symetra provides employee benefits, annuities and life insurance through a national network of benefit consultants, financial institutions and independent agents and advisors. Symetra began its partnership with the Road to the LPGA in 2010 as the title sponsor of the Symetra Classic. It secured naming rights for the Symetra Tour in November 2011. In addition to its title sponsorship of the Tour, which runs through 2021, Symetra sponsors two events on the tournament schedule—the Symetra Classic and the season-ending Symetra Tour Championship. For more information about Symetra, visit www.symetra.com.