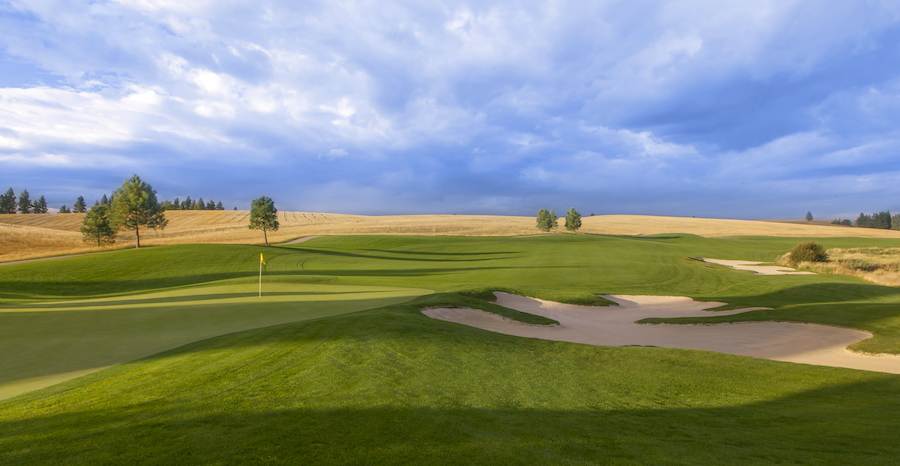 Designed by Gene Bates, this marks the 11th time that Circling Raven has been voted the state’s best public golf course by Golfweek raters. To derive “Golfweek’s Best,” hundreds of Golfweek course raters evaluate courses nationwide annually and score them based on 10 criteria.

Owned by the Coeur d’Alene Tribe and an amenity of its award-winning casino resort in the scenic Idaho panhandle, Circling Raven’s 18 holes are astoundingly routed across 620 stunning acres of Palouse Region terrain. The course unfurls amid woodlands, wetlands, and wildlife, including eagles and moose.

“Circling Raven is named for one of our tribe’s most important chiefs who guided us through our most difficult times,” said Laura Penney, CEO, Coeur d’Alene Casino Resort Hotel. “Our homelands mean everything to the tribe, so Circling Raven’s award is testament that we’re nurturing it respectfully and our honoring our ancestors as well.”

In addition to being rated No. 1 in Idaho, the course is ranked among the country’s best in the Resort Course, Casino Course and Pro Shop categories, twice being named Merchandiser of the Year in the Resort Category by the PGA of America.

Further, the course is home to the Circling Raven Championship presented by KXLY News 4 Now, an Epson “#Road2LPGA” Tour event. This summer more than 100 top women professionals will vie for their share of the $200,000 prize purse, August 22-28.

Located approximately 50 minutes from Spokane International Airport (GEG), Circling Raven measures 7,189 yards from the rear tees. The golf club is one of several amenities that make the casino resort one of the most popular in the Western U.S. It boasts a full-service spa, recently renovated gaming floor, two hotel wings, multiple restaurants, and live entertainment shows and events. 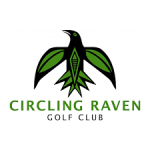 Measuring 7,189 yards from the rear tees, the 18-hole layout sprawls magnificently through 620 acres, nearly four times the number of acres found on golf courses in North America. Its gleaming white sand bunkers are large and strategically placed and its hole variety ingenious. With no surrounding development and a plethora of pristine flora and fauna gracing the landscape, Circling Raven is an inspirational oasis. As the Creator intended.

Other Coeur d’Alene Casino Resort Hotel amenities and activities include the full-service Spa Ssakwa’q’n (pronounced Sock-wock-en); 300 hotel rooms; bars, restaurants, lounges, and eateries; cultural tourism options; and more. The casino completed a $15 million renovation of its gaming floor and Events Center in 2019.  Circling Raven has garnered numerous best-in-kind honors since opening, including being rated a Top 100 Resort Course, Best in State, and a Top U.S. Casino Course. Its golf shop has won national and regional awards for its excellence and its variety of products, displays, and performance.