Willowbrook, IL – Fresh off of international expansion news, the globe’s top custom golf club fitter, Club Champion, is celebrating another massive achievement: 100 stores. With the addition of five international studios and a flurry of domestic openings, the brand is now on track to have 115 studios worldwide by the end of the year.

Now considered the premier custom club fitter worldwide, Club Champion offers Tour-quality club fittings and custom-built clubs for every level of golfer. Each state-of-the-art fitting studio houses over 50,000 hittable head and shaft combinations from over 60 golf manufacturers, alongside the best technology and talent the industry has to offer. Club Champion’s brand-agnostic approach has propelled them from a regional Chicagoland business to an award-winning international chain on an unprecedented growth trajectory. 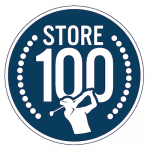 “Five years ago, this felt like an impossibility,” said Club Champion founder, Nick Sherburne. “We knew we had a concept that worked — the data and customer feedback proved it. But to think that we’d be an international brand, opening a 100th location, looking at more innovations and expansion…this feels incredible.”

Earlier in 2022, Club Champion announced the acquisition of Tour Experience Golf (TXG) in Canada, Golf Principles in the UK, and PureForm Golf in Australia. The fitter has also expanded its footprint in Alabama, Florida, Michigan, South Carolina, Virginia, and Wisconsin, and entered the states of Arkansas and Idaho for the first time. Near-future plans are in progress for additional studios in Connecticut, California, and Georgia.

To celebrate this 100th studio milestone, Club Champion will be offering full bag fittings for $100 for a very limited time — more information on that promotion and about Club Champion can be found at www.clubchampiongolf.com, on social media, or by calling (888) 340-7820. 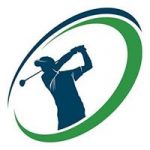 Club Champion is the USA’s most prominent name in custom club fitting and building services. Established in 2010, there are now more than 100 Club Champion locations internationally. Each studio offers golfers access to over 60 brands and more than 50,000 hittable head and shaft combinations. Club Champion has solidified their position at the top of the industry through comprehensive Tour-level fittings, unrivaled club building, and the use of top-tier technology. The company is headquartered in Willowbrook, IL and is home to more than 350 employees, including hundreds of the most highly trained Master Fitters in the world. For more information about Club Champion, visit www.clubchampiongolf.com.