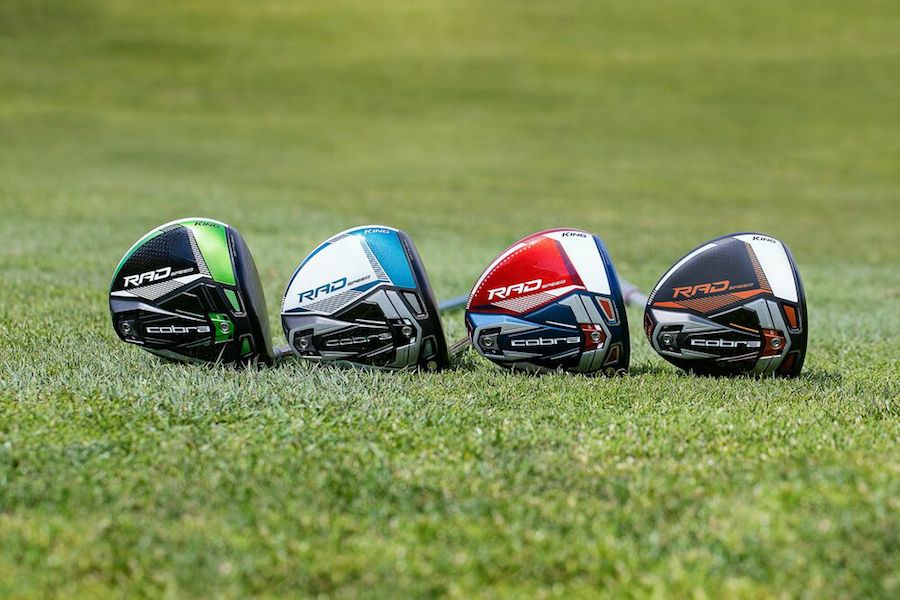 Each of the Four LE Colorways Were Inspired by One of the Major Championships, Featuring Unique, Eye-Catching Colorways Available in both the RADSPEED and RADSPEED XB Drivers

Carlsbad, Calif.  – During four key moments each year, the entire world is focused on golf, as the world’s best golfers vie for their chance to take home a coveted W on the biggest stages in the game. Inspired by these iconic events and significant moments in golf history, Cobra Golf is introducing a Limited-Edition Majors Collection of RADSPEED & RADSPEED XB Drivers ($549), each with a colorway inspired by the 2021 Major Championships.

The first in the collection, available starting today at cobragolf.com and select retailers, The KING LE RADSPEED Season Opener Driver, featuring a bold action green colorway, inspired by the lush fairways, purest greens along with the iconic jacket synonymous with one of the first and most historic Major Championship of the year. Equipped with a premium Project X HZRDUS Smoke Green Small Batch shaft in an IP finish, and a custom black & green Lamkin Crossline CONNECT grip, this driver delivers Major Champion vibes.

The remaining drivers, also available today at cobragolf.com and select retailers, include:

The KING LE RADSPEED Island Driver: Hosted at the picturesque Ocean Course on Kiawah Island, the 2021 PGA Championship-inspired RADSPEED Driver features a light cobalt blue and white colorway that pays homage to the classic styles of the South, a traditional blue and white seersucker, and the emerald blue ocean and pristine white sands of the Charleston coast.  The driver is equipped with a Project X HZRDUS RDX smoke, and a custom black & blue Lamkin Crossline CONNECT grip.

** Season Opener Driver in 10.5 available in S flex only