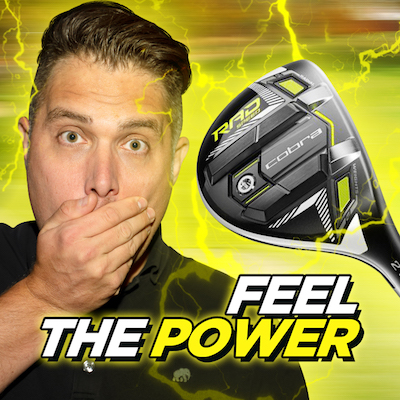 If Cobra’s known for one thing when they introduce a new line of drivers, it’s the subsequent introduction of new technology. The Rapspeed line of drivers has plenty of it.
Most notable is radial weighting which maximizes the distance between weights at the front and the back of the head. The design feature increases both swing and ball speed, while reducing spin for longer, straighter drives.

Whether you’re new to the game and don’t hit the ball very far, struggle with the proverbial slice, or are just looking for more control and playability, the Rapspeed line of drivers has something to offer everyone.