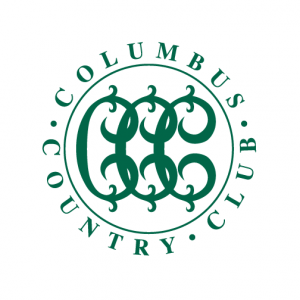 award program conducted by BoardRoom magazine, one of the most respected trade publications serving private clubs.

BoardRoom magazine’s entirely merit-based Distinguished Clubs award program uses a club-specific rating system that recognizes the club, its management, and its staff based on a proprietary criteria and evaluation process that distills and measures a club’s Member Experience.  As such, the rating system used by Distinguished Clubs is different from any that has come before, and with it, the private club industry now has the means to identify the top private clubs based on the most important aspect: Member Experience.

“It’s a tremendous honor to be recognized as a ‘Distinguished Club’ by BoardRoommagazine,” said Jay Frank, general manager, Columbus Country Club. “From providing outstanding service and incredible food and beverage options, to our exceptional golf facilities and the relaxed club atmosphere, we really focus on the entire member experience here at Columbus Country Club.”

As defined by Distinguished Clubs, “Member Experience” is that special combination of “Qualities” that a private club provides its members.  It is not just the quality of service, or of the facilities, or of the product provided, it is also the quality of the staff and of the management, as well as the overall club governance they deliver.  The most important quality, however, is the quality of the intangible.  While difficult to measure, the latter is comprised of those magic moments experienced, the members befriended, the memorable events and famous tournaments attended, as well as the club traditions, history, and heritage proudly recognized.

In an effort to capture and chronicle the unique member experiences found at Columbus Country Club, the club commissioned a five-part, short film video series. The first four short films, The Downey’s, The Friday Group, The Family Legacy and The Family Fourth Celebration, were filmed at the club and debuted over the last 18 months. The short films were produced by Anecdote Film Co. of Newark, Ohio and have been well-received by club members and prospective members. View all four short films at www.columbuscc.com/about/short-films.

“We’d like to congratulate Columbus Country Club for earning Distinguished Club status,” said John Fornaro, Publisher of BoardRoom magazine. “Special recognition also goes out to Columbus Country Club’s General Manager, Jay Frank, as well as the club’s board of directors, its department heads, and entire staff for their efforts in providing an excellent member experience.”

Columbus Country Club recently completed an extensive course renovation project. Led by golf course architect Kevin Hargrave, the renovation focused on the original design concepts of famed golf course architect Donald Ross, while restoring the proper scale back to the Columbus Country Club property. During the two-year project, more than 1,500 trees were removed; opening the course’s entire ridgeline and exposing incredible sight and play lines.All bunkers were replaced and reflect the style and feel of Ross’s original work.  New and repositioned tee complexes make the course more playable for the entire membership –longer for better players, and shorter for those with less length off the tee. The new Columbus Country Club stretches from 5,400 to over 7,200 yards. In addition to the renovation work, a unique putting green was also added near the club’s halfway house. The green’s elevated location provides some of the best views of the property, allowing it to be used for club events, social gatherings and more.

The grounds of Columbus Country Club were first developed by Orlando A. Miller in 1903 as a horseman’s club with bridle paths throughout the estate. It wasn’t long before the land eventually gave way to the sport of golf. Originally a nine-hole course designed by Tom Bendelow in 1907, the golf course at Columbus Country Club has had the hands of many renown golf course architects involved in its development including Harry Colt, Dick Wilson and Geoffrey Cornish, but it was Donald Ross who had the most influence on the course’s character and overall design. Ross renovated Columbus Country Club several times between 1915 and 1940.