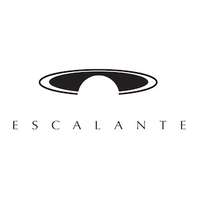 BOLTON, Mass. – Golf course architects Bill Coore and Ben Crenshaw recently visited The International to set plans in motion for the Pines Course redesign, which will begin next year. In addition to surveying the course, the team met with club members and The International’s ownership group, Escalante Golf. More than 150 current and prospective members attended An Evening with Coore & Crenshaw to hear their initial thoughts on the new layout, their history in the greater Boston area and the state of the game of golf.

Located in Bolton, Mass., The International has a storied 120-year legacy, boasts two world-class golf courses, and is the only 36-hole private golf club in the greater Boston market. The Pines Course was originally designed by Geoffrey Cornish and then revised by Robert Trent Jones. In 1999, Tom Fazio designed The Oaks Course, which is situated next to the Pines.

Coore and Crenshaw intend on refining Cornish’s original layout, while drawing inspiration from the land for their design, much like their latest project, Sheep Ranch at Bandon Dunes. Known as one of the longest golf courses in the world measuring at more than 8,400 yards, the new Pines Course will be more playable for golfers of all skill levels.

“I recall first walking onto this site and immediately recognizing the potential for something truly interesting,” says Coore. The combination of unique landforms, amazing vegetation and just the overall natural beauty of the site – it’s all compelling. Using some existing corridors with the option to approach some areas from different angles makes us very excited that there will be some really diverse and good holes out here.”

Escalante Golf acquired the club earlier this year and immediately went to work on expanding on its vision to reimagine the club and modernize every aspect of it, beginning with the golf courses.

“Bill Coore and Ben Crenshaw are arguably the best design team in the industry, and we’re thrilled to partner with them as they envision a blank canvas and create a new course that will challenge the next several generations of members at The International,” adds David McDonald, President of Escalante Golf.

In addition to hearing from Crenshaw and Coore, members also heard from Tripp Davis, the architect who recently completed work on The Oaks Course, which is re-opening on September 20. Davis was challenged with adding length to the course, restoring all the natural waste bunkers, both redesigning existing bunkers and creating new bunkers, and building new tee boxes. Davis worked closely with Agri-Scapes Golf and course superintendent Michael Galvin on the project.

Escalante has a large vision for The International including a master plan that boasts a new clubhouse, golf cottages, a teaching center and an estate house to attract national and international members.

“Escalante Golf has incredible expertise in a lot of different areas,” Crenshaw says. “We have a tremendous amount of faith in them, and we’re honored to be included in this opportunity. We’re honored to be working in tandem and alongside Tripp Davis, who does wonderful work. So we want to thank Escalante, the members here, and the prospective members. We’re excited to partner with you in making the best of this beautiful acreage.”

“The International has the potential to be one of golf’s most iconic clubs,” adds McDonald. “We have worked extremely hard to create a vision that will elevate every part of the facility and create a new standard for a 36-hole private golf club. Obviously, having two of the best courses in the state will propel us towards that goal.”

The International is building a membership that will share in the responsibility of shepherding a new era of golf at the club. For more information, visit www.theinternational.com or contact Tony Giannetti (413) 427-6920 and Jordan Green (774) 289-4145.

Originally opened in 1901 as a nine-hole public course, The International has evolved over the past century into one of the finest golf clubs in New England, and the only private 36-hole club in Greater Boston. At over 8,300 yards, the Pines Course is the longest golf course in the United States. Tom Fazio built the club’s expansive practice facilities, and the Oaks Course, which opened in 2001. Rounded out by overnight accommodations available to members and their guests, The International represents a pure-golf experience of the highest pedigree.