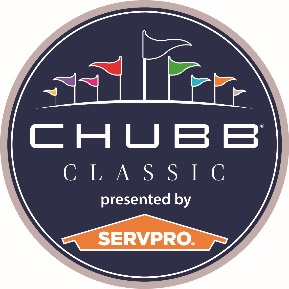 NAPLES, Fla.,  – Former World No.1 David Duval will make his tournament debut when he tees it up alongside major champions and Hall-of-Famers at the 2022 Chubb Classic presented by SERVPRO, where legends of the game will come together to celebrate the tournament’s 35th anniversary as Naples’ flagship PGA TOUR Champions event, Feb. 14-20 at Tiburón Golf Club’s Black Course.

They will join a 78-player field competing in the 54-hole championship Friday-Sunday, Feb. 18-20, for a share of the $1.6 million purse. Players have until 5 p.m. ET on Feb. 11 to commit to the Chubb Classic. GOLF Channel will televise live all three rounds of play.

“The Chubb Classic is a mainstay in Naples and Southwest Florida, and we are excited to be celebrating the tournament’s 35th anniversary with a world-class field, giving fans the unique opportunity to watch the legends of the game play in one of the top golf destinations in the country,” said Sandy Diamond, executive director for the Chubb Classic presented by SERVPRO.

Duval, who won 13 times on the PGA TOUR including the 2001 Open at Royal Lytham & St Annes, made his PGA TOUR Champions debut at the Mitsubishi Electric Championship at Hualalai in mid-January, finishing T34 at even par. Duval turned 50 on November 9, and plans to play a full season on PGA TOUR Champions.

Furyk, a 17-time PGA TOUR winner, including the 2003 U.S. Open and three-time PGA TOUR Champions winner, will make his debut at the Chubb Classic. Els, a World Golf Hall-of-Fame member who has recorded more than 70 professional victories worldwide including four major championships, will be making his second consecutive appearance in the Chubb Classic. Goosen, a two-time U.S. Open champion, joined the PGA TOUR Champions circuit in 2019, the same year he was elected to the World Golf Hall of Fame. Langer, who captured his sixth Charles Schwab Cup season-long points title in 2021 at the age of 64, is a three-time winner at the Chubb Classic (2011, 2013, 2016). Montgomerie, one of the most decorated players in history hailing from Scotland, is a seven-time PGA TOUR Champions winner and won a record eight European Tour Order of Merit titles.

To celebrate the tournament’s 35th anniversary as the longest-standing PGA TOUR Champions event to be contested in the same metropolitan area, tournament organizers will welcome back fans to the 2022 Chubb Classic with a variety of ticket options that are now available and can be purchased exclusively at www.ChubbClassic.com.

Tournament officials also announced that all service personnel, including military (active, retired, reserve and veteran), fire, police, EMS and front-line healthcare workers (doctors and nurses) and their immediate family (up to four tickets) will receive complimentary admission to the 2022 Chubb Classic and to the Hero Outpost on the 17th green, compliments of SERVPRO. The complimentary Hero Outpost tickets must be downloaded in advance from www.ChubbClassic.com and proper ID is required at the main entrance. Children under 18 also will be admitted free into the tournament with a paid adult.

There are four ticket options for fans interested in attending the 2022 Chubb Classic:

Tiburón Golf Club, the only facility to host a PGA TOUR, PGA TOUR Champions and LPGA Tour event in the same calendar year, features two 18-hole Greg Norman-designed golf courses, The Gold and The Black. The Black Course, which opened in 2001, has a very distinctive look with its pine straw-lined fairways, crushed coquina waste areas and undulating greens nestled amidst acres of pine trees and native Florida foliage. The Black Course is designated as a Certified Audubon Cooperative Sanctuary by Audubon International to protect and enhance its natural surroundings.

The 2021 Chubb Classic was contested in April at The Black Course at Tiburón Golf Club, where Steve Stricker captured his sixth PGA TOUR Champions victory by one stroke over Robert Karlsson and Alex Cejka.

Located in Naples, Florida, Tiburón Golf Club, managed by Troon Golf features two 18-hole, Greg Norman-designed golf courses, The Gold and The Black. Tiburón is home to the LPGA Tour’s CME Group Tour Championship and the PGA TOUR’s QBE Shootout and is consistently rated among the top 20 golf facilities in Florida by Golf Digest and GOLF Magazine. Tiburón’s Gold Course opened in 1998 and the Black Course opened in 2001. Both courses play to a par of 72 and feature five sets of tees. The Gold Course can play as long as 7,382 yards, while The Black Course can play up to 6,949 yards from the championship tees. The 295-room Ritz-Carlton Golf Resort, Naples sits adjacent to the two award-winning courses, while the 450-room Ritz-Carlton beach hotel is just a few miles away. The semi-private club has been designated as a Certified Audubon Cooperative Sanctuary by Audubon International. Tiburón’s 27,000-square foot Mediterranean-style clubhouse features three dining rooms, private member locker rooms and lounge areas, as well as an award-winning golf shop.

Chubb is the world’s largest publicly traded property and casualty insurance company. With operations in 54 countries and territories, Chubb provides commercial and personal property and casualty insurance, personal accident and supplemental health insurance, reinsurance and life insurance to a diverse group of clients. As an underwriting company, we assess, assume and manage risk with insight and discipline. We service and pay our claims fairly and promptly. The company is also defined by its extensive product and service offerings, broad distribution capabilities, exceptional financial strength and local operations globally. Parent company Chubb Limited is listed on the New York Stock Exchange (NYSE: CB) and is a component of the S&P 500 index. Chubb maintains executive offices in Zurich, New York, London, Paris and other locations, and employs approximately 31,000 people worldwide. Additional information can be found at: chubb.com.

About The Chubb Classic

The Chubb Classic has been held in Naples, FL, since 1988 and features stars from the PGA TOUR Champions competing over 54 holes for a share of $1.6 million in prize money. Past champions include legends of the game such as Gary Player, Lee Trevino, Fred Couples and Bernhard Langer. The event is owned and operated by Outlyr (formerly Eiger Marketing Group), a global marketing and event management agency that operates 12 professional golf tournaments across the country. Outlyr also operates a number of other sporting and lifestyle events and manages the sponsorship portfolio for several blue-chip clients. Visit www.ChubbClassic.com for more information.

PGA TOUR Champions is a membership organization of professional golfers age 50 and older, including 34 members of the World Golf Hall of Fame. The Tour’s mission is to provide financial opportunities for its players, entertain and inspire its fans, deliver substantial value to its partners, create outlets for volunteers to give back and generate significant charitable and economic impact in tournament communities. Follow PGA TOUR Champions online at PGATOUR.com, at facebook.com/PGATOURChampions, on Twitter @ChampionsTour, on Instagram @pgatourchampions and on TikTok.

About Naples, Marco Island and the Everglades

Naples Marco Island and the Gulf Coast Everglades has a year-round laid-back atmosphere. With more than 30 miles of soft, white sand beaches, a thriving arts and culture scene, endless dining delights, great golf, and the best of outdoor adventure, Florida’s Paradise Coast is truly a destination to discover. To start planning your visit, check out things to do and where to stay at ParadiseCoast.com, or call 800-688-3600.