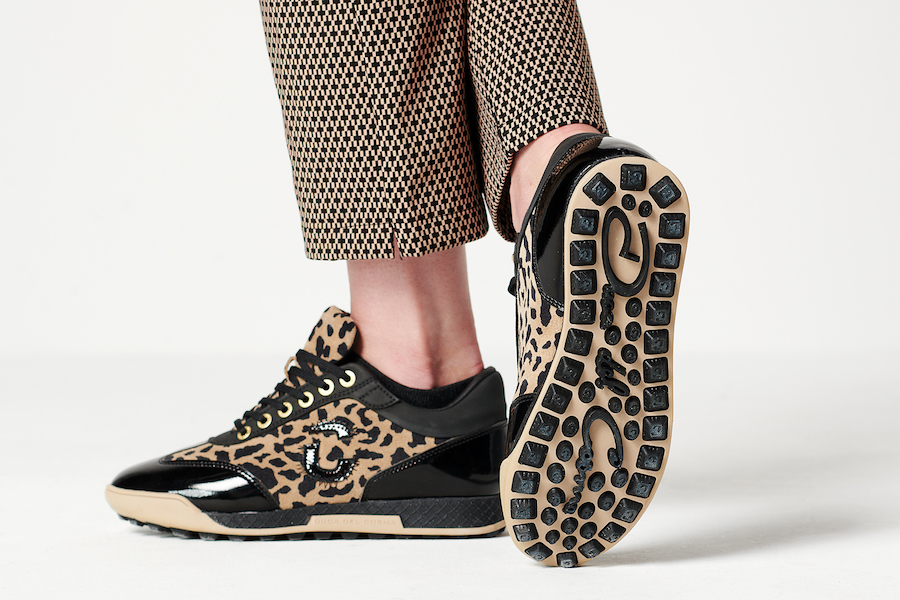 The fashionable golf shoe was given a Bronze award by the panel of judges – who placed a Nike running shoe and adidas soccer boot in Gold and Silver positions – in the highly competitive sports footwear section.

“This award is a great reflection on the quality of designs that Baldovino continues to create across the Duca del Cosma range of golf shoes and testament to his achievements since he co-founded the brand in 2004,” said Chairman Frank van Wezel. “These GFA winners represent the world’s best in footwear designs and the KING CHEETAH was seen as an exceptional creation for the modern golfer as well as a great animal welfare project,” he added.

The limited-edition KING CHEETAH golf shoe was inspired by the rarest of the large cats – regarded as the fastest land animal – with blotchy spots and dark stripes down its neck, back and tail. Created to generate more awareness for this threatened special breed, every pair purchased supported the Hoedspruit Endangered Species Centre in South Africa.

Joint owner of Duca del Cosma and ‘Africa lover’ Caroline van Wezel visited the centre early last year and saw the animal for the first time. “I was captivated and learned about the special breeding programme designed to preserve the King Cheetah,” said Caroline. “I then decided to help by promoting a limited-edition shoe in its striking markings. Baldovino did a wonderful job with the design and helped us to sell out the shoe within a few weeks of its launch in September.” 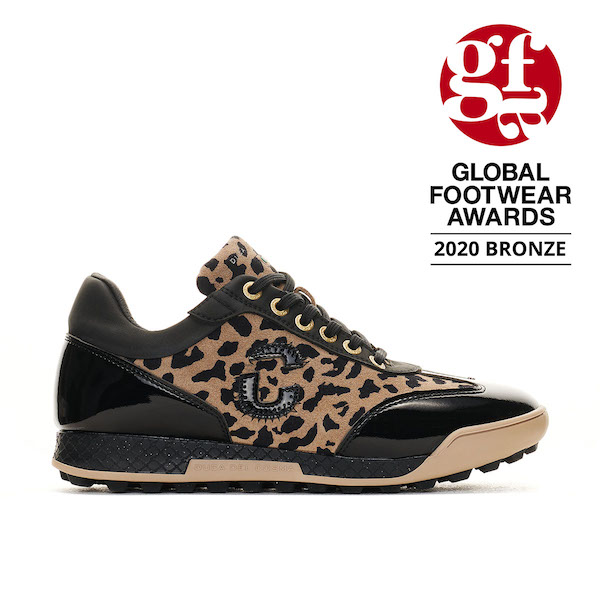 Chic and sporty, the design of the shoe used distinctive animal prints crafted of flexible neoprene and beautifully juxtaposed on each side, with solid gold laminate adding definition. High-quality black lacquer leather and beige suede were combined to symbolise the striking appearance of the impressive creature. It comes with a waterproof bootie system, a leather-topped memory foam insole for extra comfort and the Airplay VII outsole that provides grip and stability…and it resembles the paw of the King Cheetah!

Entries for the 2020 Global Footwear Awards were submitted by different footwear businesses, freelance designers and emerging talents from around the world. The winners were acknowledged as the best in the industry in terms of creativity, innovation, sustainability and social impact.