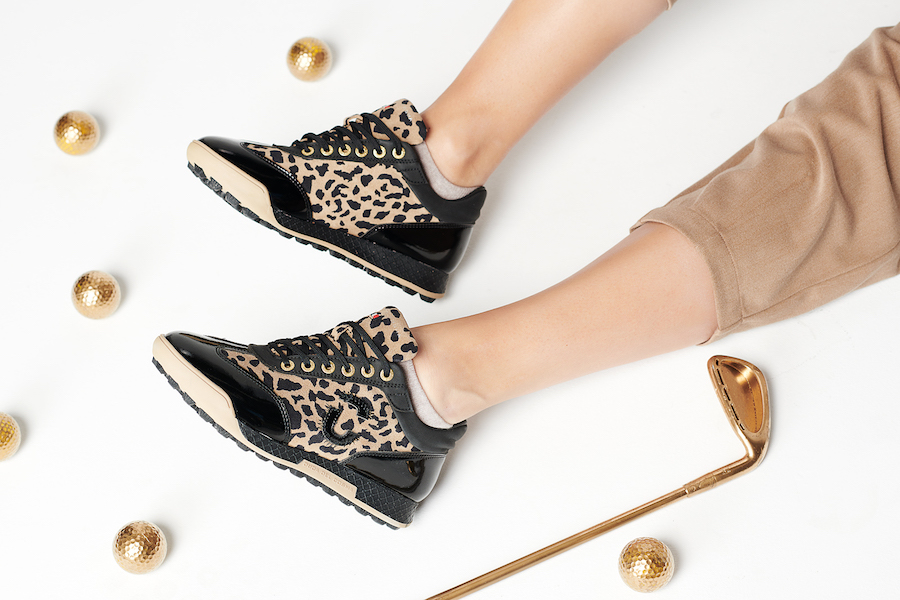 Italian golf fashion brand Duca del Cosma is introducing a limited-edition leather sneaker among its latest golf shoe range for women linked to the conservation of one of the world’s rarest animals – the highly distinctive King Cheetah.

With a population in the wild only just reaching double figures and around 50 living in a protected environment, the King Cheetah is the rarest cat on the African continent. With its special colours and markings, it was once thought to be a separate species. However, the King Cheetah is now recognised as the same animal as the more common cheetah – the fastest animal on the planet capable of speeds up to 120 kph/70 mph – but with a pronounced fur pattern mutation in its thicker coat.

Rare glimpses of the King Cheetah in the wild have been confirmed in Zimbabwe, Botswana and northern South Africa. Among a number in wildlife facilities are those at the Hoedspruit Endangered Species Centre (HESC) close to the Kruger Park in South Africa, founded by nature conservationist Lente Roode. Earlier this year, joint owner of Duca del Cosma and ‘Africa lover’ Caroline van Wezel visited the animal shelter and saw a King Cheetah for the first time.

“I was captivated and learned about the special breeding programme designed to preserve the King Cheetah,” said Caroline. “So, I decided to help by promoting a limited-edition ladies shoe in its striking markings and by adopting a cub – named DUCA – who hopefully will play a significant part in preserving the wonderful species herself. 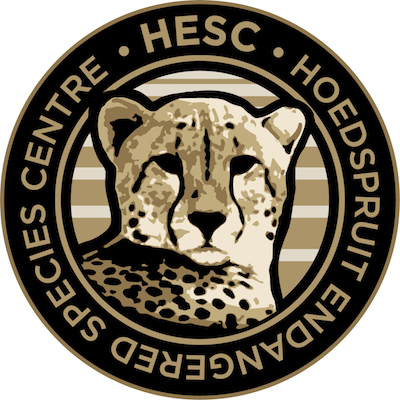 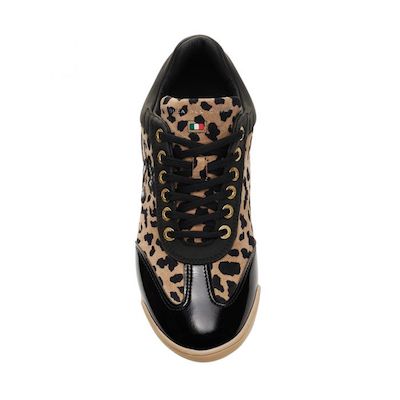 “We hope that our retail partners will stock this special shoe in support of the HESC project and women golfers will love to be associated with such a worthwhile enterprise while wearing a fashionable shoe that will turn heads for all the right reasons,” she added.

Italian designer and founder of the Duca del Cosma brand Baldovino Mattiazzo has paid tribute to the rare King Cheetah with an exclusively designed sneaker. As with other animal print patterned shoes in the range, the King Cheetah style is waterproof and suitable for wearing both on and off the golf course. The Marquessa-style sole is reminiscent of the Cheetah’s foot pads in providing grip and stability, while the chic black lacquer leather and beige suede symbolise the animal’s striking appearance.

Made in Europe, Duca del Cosma premium golf and lifestyle shoes are sold in more than 30 countries around the world.

The King Cheetah sneaker is available from September at a RRP of  €189/$219/£179.95 from selected retail outlets and the brand’s web shop at www.ducadelcosma.com

In 2004, golf fashion brand Duca del Cosma – founded by Baldovino Mattiazzo and Antje Elle – introduced the first spikeless hybrid golf shoe that also can be worn off the golf course. In 2016, the brand was bought by Frank van Wezel and his wife Caroline, after his successful sports shoe company Hi-TEC Sports was sold. The international headquarters and main showrooms are located in Amsterdam, marked by the largest golf shoe in Europe at the gate and an enormous golf ball on the roof. Other offices are located in England, South Africa, and more recently in America. The Customer Relations is of paramount importance – hence a personal message from Frank van Wezel and his email address inscribed in each shoe box.

Founded by the South African Lente Roode, who grew up with orphan cheetahs from the age of six, the Hoedspruit Endangered Species Centre (HESC) is a unique South African wildlife facility focusing on conservation and the sustainability of rare, vulnerable and threatened species. The centre has adopted a holistic approach to its conservation activities, such as the education of surrounding communities, tourism, breeding, rehabilitation and anti-poaching. Cheetah Conservation is one of its core disciplines, as there estimated to be less than 7,000 cheetahs remaining in Africa. The centre has an active programme for the release and establishment of captive-bred cheetahs in the wild.