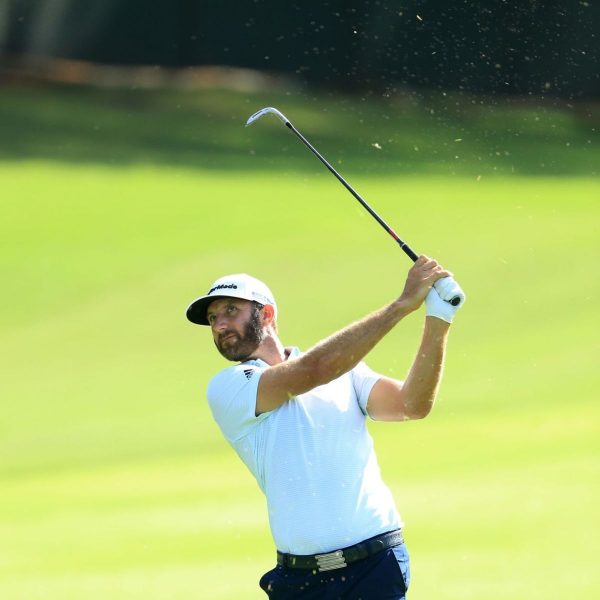 PONTE VEDRA BEACH, FLORIDA – The PGA TOUR announced today that Dustin Johnson has been named the 2020 PGA TOUR Player of the Year as voted by the TOUR’s membership for the 2019-20 season. Scottie Scheffler was voted 2020 PGA TOUR Rookie of the Year.

PGA TOUR members who played at least 10 official FedExCup events during the 2019-20 season were eligible to vote.

Johnson, 36, of Jupiter, Florida, won the FedExCup for the first time in his career, winning twice in the FedExCup Playoffs and three times on the season. The three victories, which came at the Travelers Championship, THE NORTHERN TRUST and the TOUR Championship, tied Johnson with Justin Thomas for the most on TOUR and marked his fourth season with at least three wins. Johnson moved to 27th on the all-time wins list with 23 career PGA TOUR victories and extended his streak of consecutive seasons with a win to start his career to 13, becoming the fourth player to reach that mark (others: Jack Nicklaus, Arnold Palmer, Tiger Woods).

“On behalf of the PGA TOUR, my congratulations to Dustin Johnson on being voted the 2020 PGA TOUR Player of the Year by his peers, the ultimate compliment a player can receive,” said PGA TOUR Commissioner Jay Monahan. “Dustin made it known throughout the season that the FedExCup was a priority and his performances in the FedExCup Playoffs were nothing short of spectacular with two wins and a playoff runner-up at the BMW Championship. His demeanor and athleticism on the course make it look very easy, but behind the scenes, he’s worked incredibly hard coming back from injury and his 2019-20 season speaks for itself in further bolstering his World Golf Hall of Fame resume.”

Johnson, who did not make a start in the fall due to injury, returned to competition in December 2019, representing the United States at the Presidents Cup for the fourth time. He opened the season with a T7 at the Sentry Tournament of Champions and recorded a T10 at The Genesis Invitational, before the season was halted due to the COVID-19 pandemic. When the season resumed in June, Johnson remained outside the top 100 in the FedExCup until his win at the Travelers Championship in his third start, which moved him to No. 22 in the standings.

Three starts later, Johnson began a streak of 12 rounds in the 60s, starting with the World Golf Championships-FedEx St. Jude Invitational (T12). In the first major championship held since the TOUR resumed, Johnson took the lead into the final round of the PGA Championship at TPC Harding Park before finishing runner-up for the second consecutive year, becoming the first player to finish second in the event in consecutive years since Jack Nicklaus (1964, 1965).

Johnson won THE NORTHERN TRUST with a 72-hole total of 30-under 254 and by 11 strokes, the largest margin of victory on TOUR since 2006 (13/Phil Mickelson/BellSouth Classic). The victory, his fifth in the FedExCup Playoffs, moved him to No. 1 in the FedExCup and back to World No. 1 for the first time since May 2019. At the BMW Championship, Johnson fell to Jon Rahm in a playoff, after making a 43-foot, 3-inch birdie putt on the 72nd hole to force extra holes, but maintained the top spot in the FedExCup standings to begin the TOUR Championship on top of the FedExCup Starting Strokes.

In all, Johnson recorded seven top-10s, with three wins and two runner-up finishes (PGA Championship, BMW Championship), and made 11 cuts in 14 starts, ending the season No. 1 in the Official World Golf Ranking.

Scheffler, 24, of Dallas, finished No. 5 in the FedExCup as one of eight PGA TOUR rookies to qualify for the FedExCup Playoffs and one of two to advance to the TOUR Championship. With his fifth-place finish, Scheffler became the second rookie in the FedExCup era to finish the season in the top five of the standings (Xander Schauffele/2016-17). In 23 starts, Scheffler recorded seven top-10s, six of which were top-fives, highlighted by a third-place finish at The American Express. Scheffler recorded his first top-five in a major (T4/PGA Championship) in his fourth major championship start, and he became the 11th different player (12 times) to record a sub-60 score on the PGA TOUR, with a second-round 59 at THE NORTHERN TRUST en route to a second consecutive T4. In all, Scheffler made 18 cuts in 23 starts.

“Our congratulations to Scottie Scheffler on a standout rookie season that saw him excel when it mattered most, in the FedExCup Playoffs,” said Monahan. “To follow up Korn Ferry Tour Player of the Year with being voted PGA TOUR Rookie of the Year by the PGA TOUR membership is an extraordinary achievement and speaks to Scottie’s dedication and work ethic. I’m certain Mr. Palmer would be thrilled with all of the young talent we have on TOUR and how they are conducting themselves, with Scottie leading the way in 2020.”

Scheffler, who will receive the Arnold Palmer Award for winning PGA TOUR Rookie of the Year, was selected for the honor over (alphabetically) Harry Higgs, Viktor Hovland and Maverick McNealy.

The PGA TOUR, headquartered in Ponte Vedra Beach, Florida, co-sanctions more than 130 tournaments on the PGA TOUR, PGA TOUR Champions, Korn Ferry Tour, PGA TOUR Latinoamérica, Mackenzie Tour-PGA TOUR Canada and PGA TOUR Series-China. Members on the PGA TOUR represent the world’s best players, hailing from 29 countries and territories (94 members are from outside the United States). Worldwide, PGA TOUR tournaments are broadcast to 212 countries and territories in 23 languages. Virtually all tournaments are organized as non-profit organizations to maximize charitable giving. In 2019, tournaments across all Tours generated a record $204.3 million for local and national charitable organizations, bringing the all-time total to more than $3 billion.