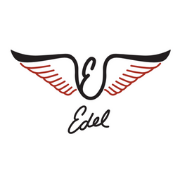 Welcome back to another installment of the Edel Golf Podcast.  One of the things I love so much about doing these is that it allows me to interact with our listeners and customers.

I recently received a question from a listener asking, “What is your experience with grips in the marketplace and why did you design your own?”

As part of developing our putter fitting process, I had to find a way to make round grips interchangeable.  I initially came across round grips from Natural Golf, which was modeled after the one-plane motion of Mo Norman.  Over time, it occurred to me that there was a direct correlation between aim bias and putter grips.  In short, round grips made a lot of sense in this regard.

One day I went to visit my good friend, Mike Schy, in Fresno.  One of his pupils was “one of the best putters in collegiate golf.”  She had been using an Edel putter since she was a junior but as of late, she was struggling with her putting.  I noticed she had switched to a flatted grip instead of the round one she’d always used.  After performing an aim test, we found out she was aiming way left with the flatted grip.  After we switched out the flatted grip for a round grip, she aimed the face perfectly.  It was from this interaction that I learned that the grip on a putter really does affect someone’s ability to aim properly.

“The grip is the first primary connection you have to the putter… and it’s the easiest to change…”  Furthermore, because grips come in different weights, “the counterreaction…. which is also called counterbalance…” plays a significant role in the bigger picture of how we interact with our putter.

Armed with this information, I sent the PGM Program at Mississippi State a bunch of round grips so they could perform a study doing aim tests with two exact putters – one with a flatted grip and the other with a round grip.  Their findings were substantial.  There was a 4.3” difference in aim bias.

This was yet further evidence that confirmed putters with round grips are easier to aim than putters with non-round grips.  Why?  “I don’t believe that the grip should be the alignment system… The hands feel something different from what the eyes see… This produces noise…”  These two perceptive aiming forces produce a lot of conflicting information that makes it difficult to aim correctly for most golfers.

I further learned that “how we hold a putter should dictate what kind of grip we should use…”  For some golfers, a flatted grip might be correct.  For a lot of golfers, however, a round grip makes the most sense.  It was based on this information that we developed our grip fitting process.

Part of that fitting process has a lot to do with the size of the grip.  So “who would need a larger grip and who would need a smaller grip?”  There’s a lot that goes into this but, what we’ve consistently found through research, is that players that exhibit left-aim bias benefit from larger grips because their body’s natural reaction is to close off the hips.  Conversely, players with right-aim bias or relatively square aim, might be alright with midsize or smaller grips.

In the end, “the more we can simplify the putting motion…” the easier it is to become a better, more consistent putter.

I’m the first to admit, there’s a lot of technical information in this podcast.  However, I think it’s important to get the right, scientifically proven information out to the masses so they can better understand what we believe in and, become better putters themselves.

If you have questions, feel free to give us a call or, head over to EdelGolf.com and shoot us a message.  I can’t wait for our next episode and as always, thanks for tuning in.