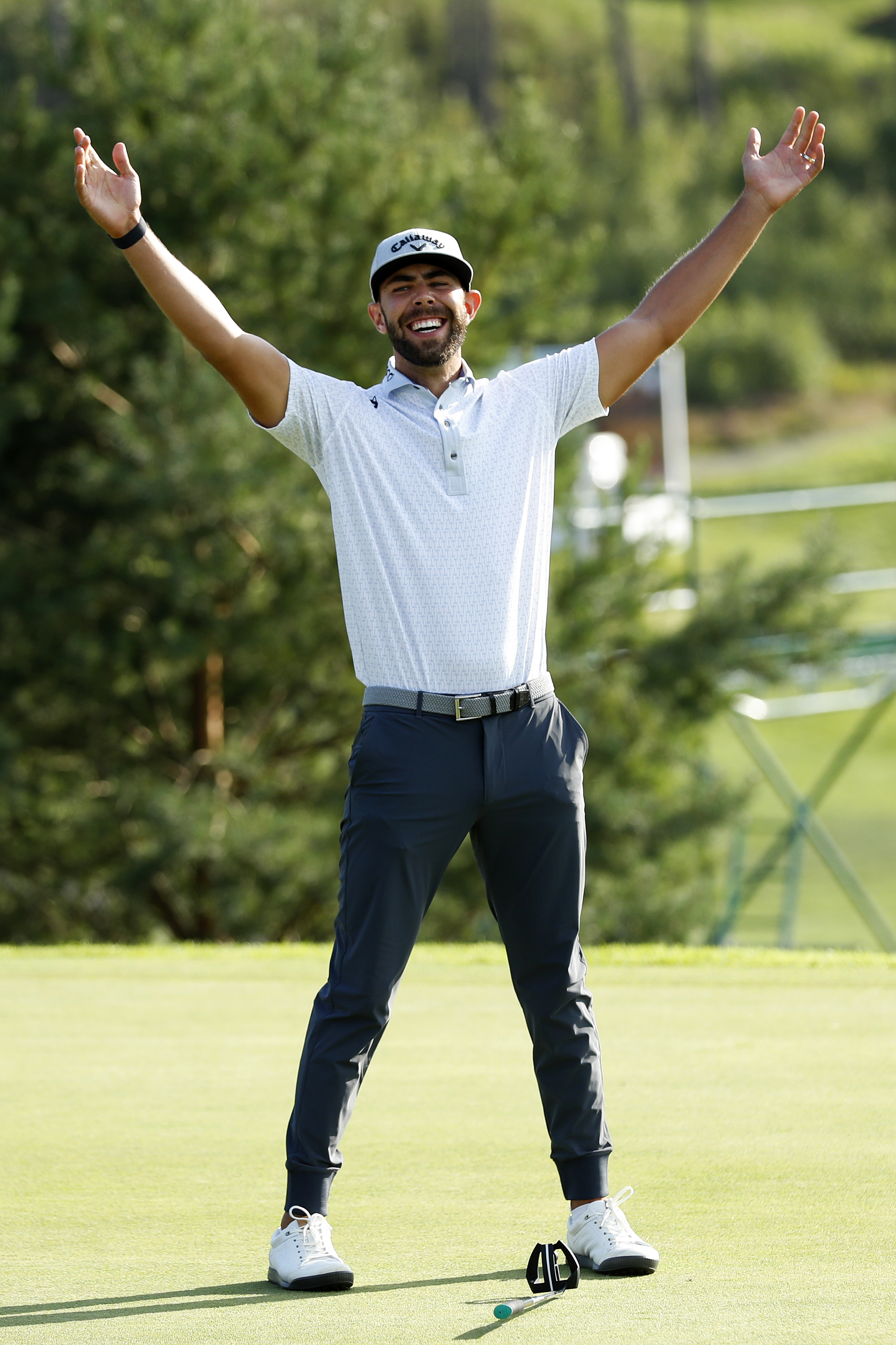 (LONDONDERRY, NH) – ECCO – a leading manufacturer of innovative footwear – announces the signing of Erik van Rooyen as a brand ambassador. This comes after a successful season for the South African star, where he captured his first European Tour victory at the Scandinavian Invitation.

The 29-year-old has penned a multi-year agreement with the shoe brand and will compete around the world wearing ECCO GOLF shoes while showcasing the ECCO GOLF logo on his collar. 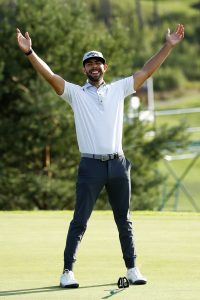 MOLNDAL, SWEDEN – AUGUST 25: Erik Van Rooyen of South Africa celebrates victory on the 18th green during the final round of the Scandinavian Invitation at Hills Golf & Sports Club on August 25, 2019 in Molndal, Sweden. (Photo by Luke Walker/Getty Images)

“I’m delighted to be signing with a brand that has such an unrivalled reputation for its craftsmanship and quality,” said van Rooyen. “They are the most comfortable golf shoes I’ve ever worn and I’m excited to be competing in them moving forward. I’ve always been big on style so I’m very pleased to have teamed up with a brand that recognizes the importance of style and performance going hand-in-hand.”

Van Rooyen turned professional in 2013 and has amassed a string of impressive performances over the last two seasons since graduating to the European Tour in 2017, including his maiden victory in Sweden this past August.

“Erik is an outstanding talent and has showed his ability to compete with the very best. We’re extremely excited to have him representing the ECCO GOLF brand around the world,” said Jesper Thuen, responsible for sponsorship at ECCO GOLF. “I have no doubt that Erik’s career is very much on the rise and that he is capable of achieving great things, as he demonstrated with his win at the Scandinavian Invitation. We look forward to seeing what’s to come in the future.”

The South African has been competing in ECCO GOLF shoes for a large part of this season and earned his breakthrough triumph wearing the Danish brand’s pioneering STREET RETRO design.

Earlier this year, van Rooyen recorded a top-10 finish at the USPGA Championship in just his second career major championship appearance, having finished in a tie for 17th at The Open Championship on his major debut in July 2018. He currently sits ninth on the European Tour’s Race to Dubai rankings.

In addition to van Rooyen, ECCO GOLF shoes are worn in competition around the world by Lydia Ko, Minjee Lee, Caroline Masson, Fred Couples, Doc Redman and Thomas Bjørn, among others.

ECCO is one of the world’s leading shoe brands combining style and comfort. ECCO’s success is built on products with a great fit and top-quality leathers. ECCO owns and manages every aspect of the value chain from tanneries and shoe manufacturing to wholesale and retail activities. ECCO’s products are sold in 88 countries from over 2,000 ECCO shops and more than 14,000 sales points. ECCO is family-owned, founded in Denmark in 1963, and employs more than 20,000 people worldwide. www.us.ecco.com