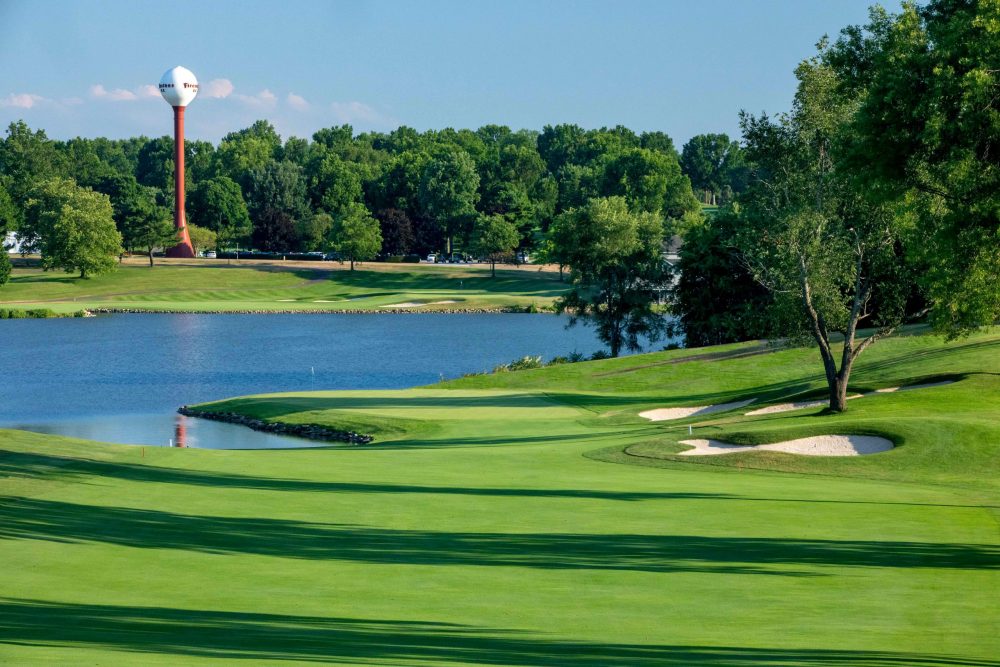 AKRON, Ohio – Firestone Country Club – renowned as one of North America’s most historic venues for championship golf – announces it will host both men’s and women’s U.S. Mid-Amateur Team Championships from Aug. 4 – 7, 2022.

Each state is permitted to be represented by one team, except for states that have two golf associations. The tournament will be open to 40 3-woman teams and 40 4-man teams. Each team can add a senior player starting from a shorter set of tees.

“We are honored and humbled to be hosting many of the best mid-amateur players in the U.S. in 2022,” says Jay Walkinshaw, general manager of Firestone Country Club. “Firestone is known for hosting professionals and numerous PGA Tour events, so we look forward to working with Eric and his team on these exciting championships at our legendary courses.”

“The 2022 championships will be a reflection of how much the game is growing across the country,” says Tommy Moore, director of golf. “Adding a high-profile amateur tournament to our famed club will be a tremendous moment in Firestone’s history.”

Since the 1950s, Firestone and its famed South Course have annually hosted the biggest names in professional golf. In addition to being site of three PGA Championships, the club was the long-time venue for the PGA TOUR’s World Golf Championships-Bridgestone Invitational and its predecessor, the World Series of Golf. It currently hosts the Bridgestone SENIOR PLAYERS Championship on the PGA TOUR Champions.

The North Course is a splendid Robert Trent Jones design that opened for member play in 1969. Marked by numerous lakes and streams, the North Course has played host to both the American Golf Classic and World Series of Golf. Several publications have listed the North Course among the “Top 100 Modern Courses.” Formerly known as the West Course, the Fazio Course re-opened this past June following a bunker enhancement project.

The dormitory-style club rooms each feature a view of Firestone’s layouts and pay homage to more than 50 years of incredible golf history. For a resort experience at Firestone, there are 57 golf villa rooms sprinkled throughout the property. Dining is available at three on-property establishments, including the clubhouse’s 1929 Grille & Legacy Pavilion and 55th Hole Bar, and opening soon “La Vetta” Italian Chophouse, all of which offer open-air dining and golf course views.

Firestone is conveniently located less than an hour from Cleveland Hopkins International Airport and 15 minutes from Akron-Canton Airport. It is also within easy driving distance of other major metropolitan areas such as Chicago, Columbus, Cincinnati, Pittsburgh and Detroit. Nearby off-course attractions include the Pro Football Hall of Fame in Canton and the Rock N’ Roll Hall of Fame in Cleveland.

Considered one of the most revered sites in professional golf – and now open to non-members through stay-and-play experiences – Firestone Country Club has welcomed legends of the game for decades. Its flagship layout, the South Course, was originally designed by Bert Way in 1929 and considerably revamped by Robert Trent Jones in 1960. The South has hosted numerous PGA Championships, World Golf Championships and is the current site of the Bridgestone SENIOR PLAYERS Championship. The club’s other two championship-level courses are the venerable North Course, a Robert Trent Jones design and past site of professional tournaments, and the Fazio Course, a links-style Tom Fazio design that hosts the Ohio Senior Open each year. The world-class facility also boasts a heated driving range and the Raymond C. Firestone Public 9, a well-manicured short course suitable for all golfers.

Guests of Firestone can stay in onsite villas, featuring 57 well-appointed rooms offering spectacular views of the golf courses, or in the 30 dormitory-style rooms inside the clubhouse. Dining options include the 1929 Grille & Legacy Pavilion, casual 55th Hole Bar and La Vetta Italian Chophouse.