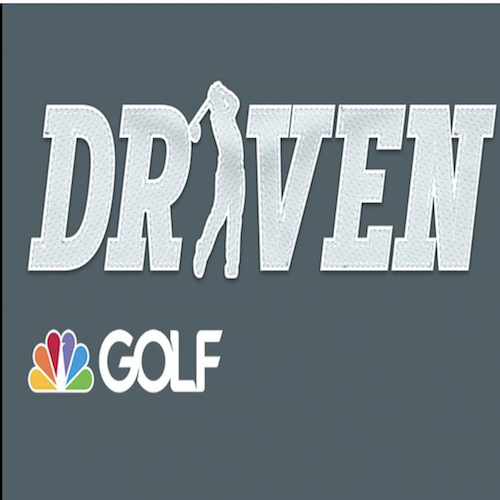 ORLANDO, Fla., May 1, 2019 – NBC Sports is teaming up with PGA TOUR winners Rickie Fowler and Justin Thomas to give viewers a behind-the-scenes look at three of the country’s top college golf programs – Alabama, Auburn and Oklahoma State – on the second season of Driven, premiering on GOLF Channel Monday, May 6 at 9 p.m. ET. GOLF Channel also will premiere a new series, College Golf 101, immediately following Driven at 9:30 p.m. ET, expanding the network’s May college golf programming heading into the 2019 NCAA Golf National Championships.

Driven is a four-part documentary series that will follow the 2018-19 college golf seasons and the competitive journeys of Alabama’s men’s golf team and their “Iron Bowl” rivalry with Auburn as they look to return to the NCAA Golf Championships. The series also will follow reigning NCAA national champions Oklahoma State as they look to defend their 2018 title.

“It has been a lot of fun partnering with Justin for season two of Driven, highlighting the Alabama-Auburn rivalry within the world of college golf and my alma mater as we look to defend our national championship,” said Fowler. “We have been bouncing ideas off each other throughout the year, and we’re excited for viewers to see the game’s future stars and their dedication to college golf. Go Pokes!”

“Working with Rickie on Driven to showcase Alabama’s golf program and its rivalry with Auburn has reminded me why college sports are so great and how much fun I had playing golf for Alabama,” said Thomas. “Rickie and I have such a passion for college golf and our alma maters and we look forward to seeing this passion come to life with Driven. Roll Tide!”

Alabama, currently the No. 21 ranked team in the country according to GolfStat, finished runner-up at the 2018 NCAA Championships, falling to Oklahoma State  in the championship match. Auburn, currently the 16th-ranked team in the GolfStat rankings, advanced to the semifinals at the 2018 NCAA Championships before falling to Oklahoma State. Monday’s premiere episode of Driven will focus on the 2018 fall golf season, culminating with the East Lake Cup in early November,  the final event of the fall season for all three programs, where Auburn defeated Alabama in the championship match..

Leading up to GOLF Channel’s coverage of the 2019 NCAA Men’s Golf Championships, Driven is scheduled to air on three consecutive Mondays starting May 6 on GOLF Channel, with the final installment premiering on NBC following the championships. Driven will feature exclusive footage from production crews embedded with Alabama, Auburn and Oklahoma State’s men’s golf programs over the course of the 2018-19 season, culminating in Fayetteville, Ark., with the University of Arkansas hosting the NCAA Men’s Golf Championships at the Blessings Golf Club from May 24-29. Golf Channel will air live coverage of the championships Monday-Wednesday, May 27-29.

Complementing GOLF Channel’s upcoming NCAA Championships coverage will be College Golf 101, a new three-part series that will air immediately following the first three episodes of Driven Mondays at 9:30 p.m. ET, breaking down the best of the best when it comes to college golf. Hosted by Chantel McCabe, College Golf 101 will count down the top-10 most dominant college players (May 6); top college teams (May 13) and elite college programs of all-time (May 20), featuring interviews and insight from major champions and a wide range of college golf experts.

Thomas, one of Alabama’s most decorated players, was the recipient of the Fred Haskins Award presented by Stifel as a freshman in 2012, honoring the most-outstanding collegiate golfer. In 2013, Thomas helped lead Alabama to its first NCAA golf national championship. He turned professional in 2013 and has amassed nine PGA TOUR victories in his career. In 2017, he recorded four PGA TOUR wins, the PGA Championship and was crowned the season-long FedExCup Champion. He ascended to World No. 1 for the first time in the spring of 2018 and was a member of the 2018 U.S. Ryder Cup team.

One of Oklahoma State’s most-decorated players as the nation’s former top-ranked amateur, Fowler was the first freshman in NCAA history to win the Ben Hogan Award as the NCAA’s top men’s golfer in 2008. Fowler, who turned professional in 2009, has recorded eight international wins in his career, including four PGA TOUR victories, led by the 2015 PLAYERS Championship, and has contributed to winning U.S. Ryder Cup and Presidents Cup teams and represented Team USA in the 2016 Rio Olympics.

GOLF Channel is the television home for college golf, including the NCAA Men’s and Women’s Division I Golf National Championships, the East Lake Cup collegiate match play championship and the Western Intercollegiate presented by Topgolf. In total, GOLF Channel is airing more than 50 live tournament hours of college and amateur golf coverage in 2019, the most of any television network.

Following its announcement in 2013 as the exclusive television provider of the NCAA Golf Championships, GOLF Channel has provided live coverage of the men’s NCAA championships since 2014 and the women’s NCAA championships since 2015, which now are hosted at the same venue in consecutive weeks in May. The 2019 NCAA Women’s and Men’s Golf National Championships will take place at the Blessings Golf Club in Fayette, Ark., May 17-29, where GOLF Channel will dedicate more than 100 hours of combined news and tournament coverage.

GOLF Channel also televises the Western Intercollegiate presented by Topgolf, one of the longest-running college golf tournaments in the U.S. The 73rd edition was contested April 15-17 at Pasatiempo Golf Club in Santa Cruz, Calif., with Stanford sweeping the individual and team titles. The East Lake Cup, created by GOLF Channel and East Lake Golf Club, is a three-day fall championship that invites the eight semifinalists from the previous NCAA men’s and women’s golf championships. The East Lake Cup is hosted at historic East Lake Golf Club in Atlanta, Ga., and benefits the East Lake Foundation. In addition, GOLF Channel deploys its comprehensive portfolio of news, digital and social media coverage year-round in covering collegiate golf, including specials for regional and national qualifying, on-site and wraparound news from golf’s biggest college events, and year-end award shows for the Haskins and ANNIKA Awards presented by Stifel.