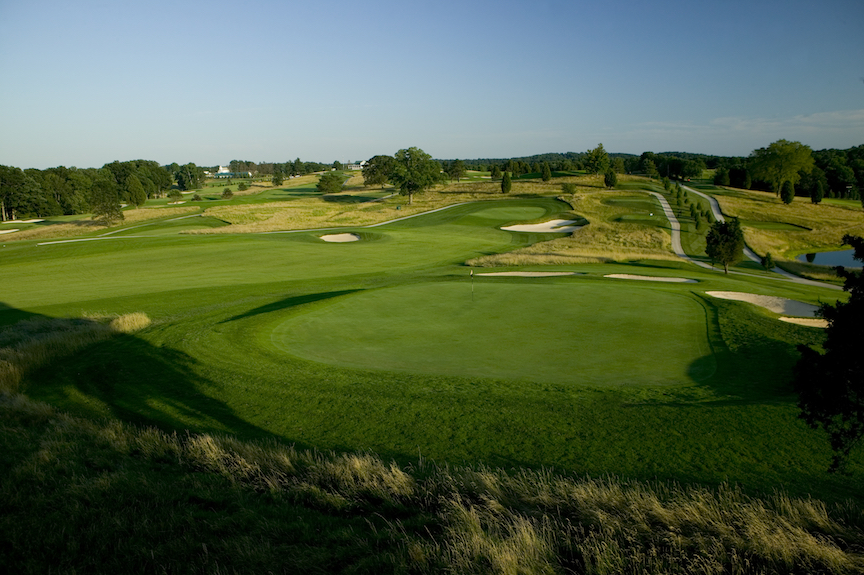 But it is the two heralded championship golf courses – the classic Donald Ross Course and the spectacular Pete Dye Course – that capture the imagination of golfers from around the world. Great golf and opulent hotels are the focus of the March episode of the Traveling Golfer television show from French Lick Resort.

The history of the development of French Lick goes back to 1845, when the “miracle waters” of the sulfur springs drew visitors from 100 miles away. Early hotels evolved into the building of the West Baden Springs Hotel in 1901, dubbed the “Eighth Wonder of the World,” at that time the world’s largest free-span dome, which stretched 200 feet.

Nearby, the elaborate French Lick Springs Hotel was constructed during the same era. It boasts two guests of opposing fame – Chicago gangster Al Capone frequented the resort in the 1920s; while President Franklin D. Roosevelt, in 1931, declared his run for President at the Democratic National Convention at the hotel.

Golf does not hold a backseat, when it comes to forging history at French Lick.

The Donald Ross Course, built in 1917, hosted the 1924 PGA Championship won by Walter Hagen. It underwent a $5 million restoration in 2007.

The Pete Dye Course opened in 2009 and sits atop an 800-foot high mountain that provides spectacular views of the countryside below. It stretches to 8,100 yards and hosted many championships, including the 2015 Senior PGA Championship. In addition, in 2017, 2018 and 2019 it hosted the Senior LPGA Championship.

“I have been to the property a number of times and it never ceases to amaze me,” commented Traveling Golfer show host Tony Leodora. “We could easily do two, three, four shows from this property and still not tell all of the stories.”

“I’m here at the property every day and I feel the same way,” added Dave Harner, Director of Golf at French Lick Resort. “This is an amazing piece of Americana.”

The March episode of The Traveling Golfer airs as a scheduled weekly feature show on NBC Sports and NBC Sports + throughout four markets in the Northeast and Mid-Atlantic regions. NBC Sports airings are 10:30 a.m. and 9:30 p.m. Sundays, 11:30 p.m. on Tuesdays and 11 a.m. on Thursdays. NBC Sports + airs the show at 8 p.m. Mondays and Fridays. In addition, the show airs nationally, every day, on the new Fun Roads Network (funroads.tv/schedule) – in the San Francisco, Los Angeles, Las Vegas, Salt Lake City and Wichita markets. It also will air a number of times in the Month of February on “Rivertalk” on HTC-4 in Myrtle Beach.