Did Anyone Order a 58 Special?

When you think of golfing excellence, there is so much to choose from, Byron Nelson and Ben Hogan for some of the purest swings. Sam Snead as a prolific winner or Arnold Palmer as one of the greatest personalities. A myriad of greatness throughout history to ponder.

However, as you mull these great names, it is inevitable that you will drift into numbers and statistics. At this point, two names float to the surface, Jack Nicklaus, for one, and Tiger Woods following in the race for majors 18 vs 15 as it stands.

These numbers are awesome, and many say they will never be matched, maybe so. But here’s a number for you: 58 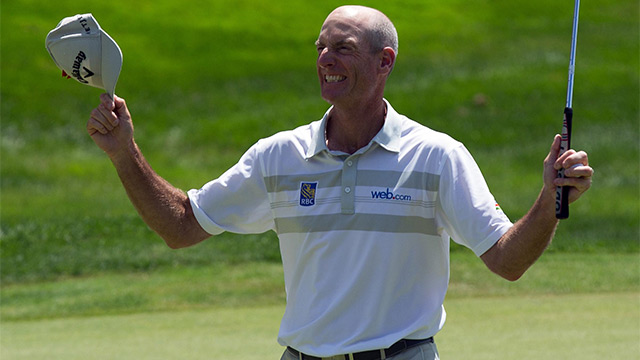 This is not the year of a classic car; this is a golf score. It’s a score that stands absolutely alone. It is the lowest score ever carded on the PGA Tour. When Power Tee ambassador, Jim Furyk, shot this score we were absolutely delighted for him. He’s a dedicated, hardworking guy, who goes about his business in an unassuming way.

The next time Power Tee‘s CEO, Martin Wyeth, met Jim he gingerly asked him if he would sign 4 Callaway golf bags in memory of this magnificent achievement. He fully expected a polite decline as Jim is the antithesis of boastful. But much to his surprise, he said yes. Not just a yes, but Jim agreed to mark them as 58 specials, a play on the ever popular 38 special. 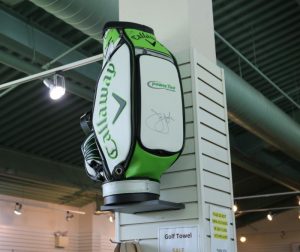 In thanks to CB Smith Park, Power Tee is donating one of these amazing bags to be granted by raffle to a patron of AllGolf at CB Smith Park. You can see the bag and enter the raffle just by buying a large bucket of balls, writing your name on the ticket and dropping it in the box. There is no limit to the number of tickets, so get practicing on Power Tee, and see if you can snag yourself a piece of golfing history.

Odds are, if the 58 gets beaten it will be by Jim Furyk as he also has a 59 to his name, the only player in history with two rounds in the 50’s. Greatness quantified beyond doubt!

Power Tee® is an internationally patented automatic practice system that makes practicing golf more efficient, effective and fun. Created by Martin Wyeth and endorsed by US Open Champion and 2018 USA Ryder Cup Captain, Jim Furyk, winner of 21 events Worldwide and 2018 European Ryder Cup Captain, Thomas Bjorn and Elite Coach, Mitchell Spearman. The system operates in 18 countries and can be found at many of the world’s most prestigious golf clubs such as St. Andrews, the Belfry, Dromoland Castle and Le Golf National – hosts of the 2018 Ryder Cup. Power Tee® tees up more than six million balls a day and assists golfers of all ages and skill levels in improving their swing through repetition and rhythm in a consistent setting.