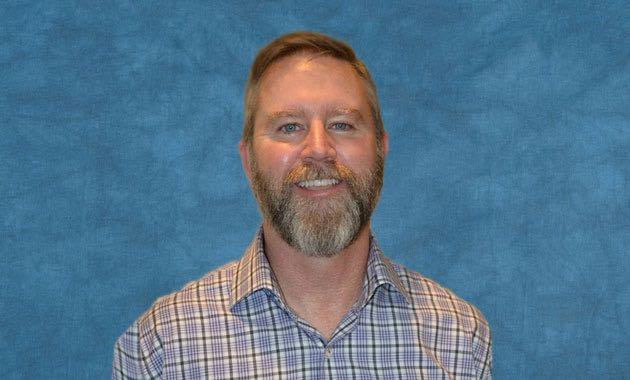 Gamble Sands is proud to announce the appointment of Robert Wells as Food and Beverage Manager, overseeing all aspects of the renowned golf club and resort’s growing hospitality operation, including the highly acclaimed Danny Boy Bar & Grill.

“We are thrilled to have someone with Rob’s knowledge and expertise leading our food and beverage into the 2019 season and beyond,” said Brady Hatfield, Gamble Sands General Manager. “His professionalism and experience in both hospitality and the beverage industry make him the perfect candidate to elevate our food services across the entire resort.”

“I’m very excited to join the golf industry at such a prestigious golf course,” said Wells. “I truly appreciate the opportunity to work alongside and learn from one of the most experienced and successful management teams, as we elevate the F&B experience for our guests to compliment the golf experience.”

Wells assumes his role at Gamble Sands after logging decades of experience in the hospitality industry. Most recently, he worked in Seattle for Patron Spirits Company as a state manager, overseeing Washington, Oregon and Alaska (2014-2016). Over a 10-year period (2003-2013), Wells moved up the corporate latter at Bacardi, first as a market manager and field manager in Seattle and finally a regional manager based in Phoenix.

From 1989 to 1992, Wells served the nation as an infantry soldier of the 82nd Airborne, based in Fort Bragg, North Carolina. Robert attended Washington State University en route to earning a degree in Criminology from Seattle University in 1994 and in addition, he received a degree in culinary arts from Seattle Central Community College in 1997.

About Gamble Sands
Located in central Washington in the town of Brewster, the 7,169-yard Sands course at Gamble Sands opened for public play in 2014 among widespread industry acclaim. Both GOLF Magazine and Golf Digest named it the “Best New” golf course of 2014. It was listed among “Golfweek’s Best: Modern Courses, 2015,” and also ranks No. 2 in “Golfweek’s Best Courses You Can Play” in Washington. It currently is No. 37 on Golf Digest’s America’s 100 Greatest Public Courses as well as No. 48 on GOLF’s Top 100 Courses You Can Play. Designed by the renowned David McLay Kidd, the Sands course is a true links layout set in the high desert overlooking the Columbia River with sandy soil, traditional fine fescue grasses, firm surfaces, wide fairways and massive greens. The club also offers caddie services, a complete practice facility, golf shop, Danny Boy Bar & Grill, and lodging at The Inn at Gamble Sands featuring meeting and event space as well as the 100,000 square-foot Cascades Putting Green. For more information, visit www.gamblesands.com, or call (509) 436-8323.

About Gebbers Farms
Gamble Sands is owned by the Gebbers Family, whose Brewster, Wash.-based Gebbers Farms has become one of the top apple growers in the northwestern U.S., and the largest provider of cherries in the world, for two reasons: quality and freshness. With many thousands of acres of engineered orchard and strategically located high up at the base of Washington state’s Cascade Range, the renowned Gebbers family has practiced the art of freshness for well over a century. Gebbers Cattle raises top quality Angus beef in Brewster, using a structured program to continually improve the herd’s genetics and retain carcass data. Gebbers Cattle spend most of their lives within 30 miles from home, enjoying mountain pastures and native range lands during the spring, summer, and late fall months.

About OB Sports
Gamble Sands is professionally managed by OB Sports Golf Management, a diversified, golf-oriented company with a long history of success in the golf industry. OB Sports currently manages around 60 premier golf courses and country clubs throughout the United States, while expanding its international footprint to include Royal Blue Golf Club at Baha Mar in Nassau, Bahamas, and Dumbarnie Golf Links in Scotland. Known for its comprehensive and personalized services since 1972, OB Sports has become widely acclaimed as the leader in boutique-style golf course management. Named a Top 100 Business in Golf by the National Golf Foundation in 2018, visit obsports.com to get more information, or call (480) 948-1300. Become a Fan of OB Sports on Facebook, follow OB Sports on Twitter, or visit the OB Sports YouTube channel.