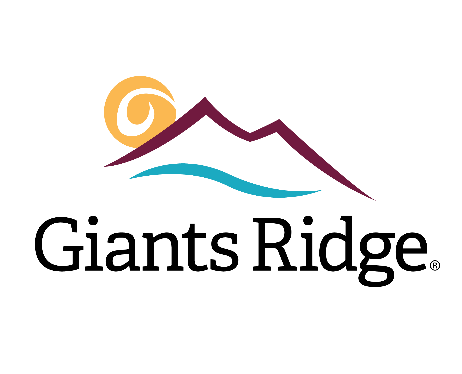 (BIWABIK, Minn.) – Giants Ridge – Minnesota’s leading golf resort set in the rugged beauty of the Mesabi Iron Range – announces both of its championship courses, The Quarry and The Legend, were showcased in Golfweek’s annual Top Resort Course Rankings.

The Quarry maintained its No. 36 ranking from a year ago. In 2020 The Quarry moved up 10 spots and into the top-40 of these rankings. Designed by Jeff Brauer on the site of a former sand quarry and iron ore mine, The Quarry was the only Minnesota course listed among the top-70. Ranked just above The Quarry at No. 35 was Ozarks National at Big Cedar Lodge in Missouri. Finishing 37th was the May River Course at Montage Palmetto Bluff in South Carolina.

The Legend soared 63 spots in the latest Golfweek resort course rankings to a tie for 130th. Carved out of the Superior National Forest, The Legend is a true northwoods Brauer-design featuring towering pines, giant fairways and majestic views of the Wynne and Sabin Lakes. Tied with The Legend in the rankings were the Atlantic Dunes Course at Sea Pines Resort on Hilton Head Island and the River Course at Kingsmill Resort in Virginia.

Golfweek’s elite team of more than 850 course raters determine the publication’s annual course ranking lists. Each year, the panel evaluates courses, grading each nominated layout based on 10 criteria. According to Golfweek, “[the raters] also file a single overall rating on each course. Those overall rankings on each course are averaged, then each course is ranked against other courses.”

“It’s a thrill to see both courses listed in these prestigious rankings, and we’re especially ecstatic at The Legend’s meteoric rise in the 2022 edition,” says John Kendall, Director of Golf. “The Golfweek panel recognizes the extraordinary golf experience both courses provide, and these rankings will help kick off our 2022 golf season and The Legend’s 25th anniversary celebration next year.”

The Quarry maintained its top-35 showing in Golf Digest’s latest biennial list of America’s 100 Greatest Public Courses rankings, while MyGolfSpy, a leading golf website focusing on unbiased equipment, golf course and accessory reviews, ranked The Quarry 18th on its Top 50 Public Courses in the U.S. list. The Quarry also ranked high in GOLF Magazine’s Top 100 Value Courses in the U.S. rankings, as it finished ninth, and GOLF Magazine tabbed The Quarry 68th in its Top 100 Courses You Can Play rankings.

Both The Quarry and The Legend, finished in the top-10 of Golfweek’s annual “Best: State-By-State Courses You Can Play” rankings, with The Quarry notching the top spot as the best public course in Minnesota for the seventh consecutive year. An easy drive from the Twin Cities, Giants Ridge was the only resort in the state to boast multiple courses in these rankings.

Giants Ridge is also revered as the Midwest’s top-rated skiing and snowboard hotspot. Snow adventures abound with 35 downhill ski runs, over 60 km of fine-groomed Nordic ski trails (which once served as Olympic training grounds) and some of Minnesota’s hottest snowboarding terrain parks.

Giants Ridge features two nationally recognized 18-hole championship-caliber golf courses and a ski resort ranked among the very best in Minnesota. The Legend at Giants Ridge and The Quarry at Giants Ridge are ranked among Minnesota’s best golf courses. For skiers, Giants Ridge boasts 35 downhill runs, more than 60 km of world-class cross-country ski trails (which once served as Olympic training grounds) and one of Minnesota’s hottest terrain parks as well as a snow tubing park. The resort also offers miles of year-round recreation trails, including an expanding mountain bike trail system (which will be among the top destinations in the mountain biking world), water recreation, unbeatable lodging accommodations, dining, shopping and much more. It is an easy one-hour drive from Duluth and three hours from the Twin Cities.